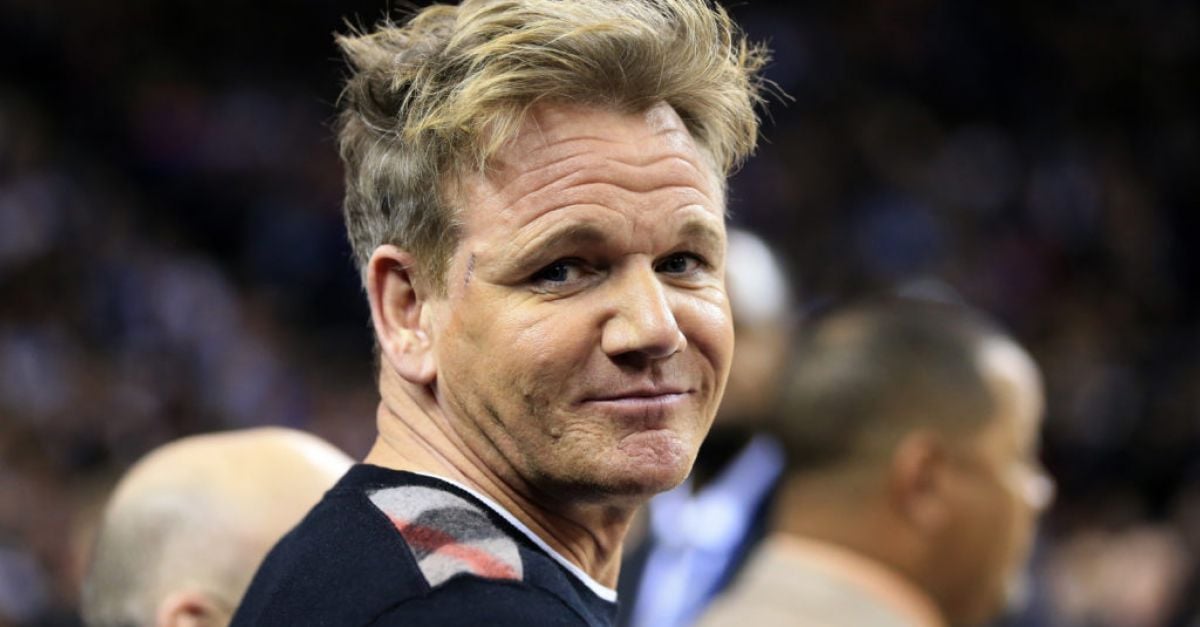 Gordon Ramsay, the foul-mouthed chef everyone loves to hate (or hates to love?), turns 55 today.

The restauranteur has multiple Michelin stars under his belt, but is perhaps best known for his expletive-laden TV shows – including Hell’s Kitchen, Ramsay’s Kitchen Nightmares and The F Word.

He’s the master of tough love – or sometimes just pure toughness – but you’ve got to hand it to him, Ramsay certainly knows how to make his kitchen rants hilarious. He’s responsible for some classic viral moments, and these are some of the best…

Ramsay takedowns are almost always creative, and few are as memorable as placing two slices of bread on either side of TV host Julie Chen Moonves’s head. He asked her: “What are you?” – to which she replied with the now-iconic line: “An idiot sandwich.”

This wasn’t actually a real-life scenario, but rather a sketch from The Late Late Show With James Cordon. However, it’s certainly not out of character for Ramsay – he has a penchant for bread-based insults and once called a chef a “panini head” on Kitchen Nightmares.

Ramsay as the opposite of an inspirational speaker

In another explosive episode of Kitchen Nightmares, Ramsay shows his prowess at what can only be described as the opposite of an inspirational speaker. He crushes chef Sebastian’s dreams by telling him: “I’ve never, ever, ever, ever, ever met someone I believe in as little as you.” Ouch.

Dressing up as an elf

While Ramsay spends most of his time tearing other people to shreds, he’s also not afraid to make fun of himself every once in a while. Back in 2017 he charmed the contestants of MasterChef Junior by dressing up as Buddy from the movie Elf – complete with candy cane leggings, a Will Ferrell-inspired curly wig and – perhaps most shockingly – a big grin on his face.

Suffering his way through spicy food

He might be an international chef, but that doesn’t necessarily mean Ramsay can handle the heat. In 2019, he appeared on the YouTube show Hot Ones, where celebrities try increasingly spicy hot sauces on wings while being interviewed by host Sean Evans.

This isn’t just one viral moment, but a whole genre of them. Ramsay has enjoyed a remarkable amount of fame on TikTok, posting dances with his children as well as videos analysing other people’s cooking.

This is Ramsay at his best: looking at weird meals people have made on the internet and calling them out in a fun and colourful way.