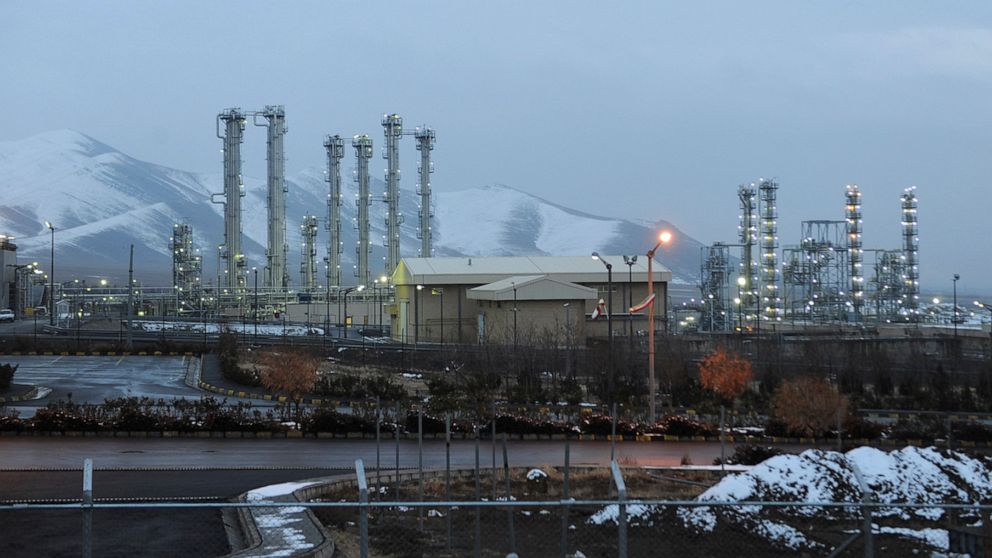 The announcement comes amid high tensions over Tehran’s growing nuclear stockpile and advancing capabilities, with pressure growing on President Joe Biden to consider a “Plan B.”

If they go ahead as scheduled, the indirect talks will be the first meetings in over five months and the first under the new government of the more hard-line conservative president, Ebrahim Raisi, who was elected in June.

The U.S. and Iran have still not met directly but instead held six previous rounds of negotiations through intermediaries, the remaining parties to the Obama-era nuclear deal — China, France, Germany, Russia and the United Kingdom.

While there’s finally a date on the books, critics still contend that Iran is simply buying time as it continues to build out its nuclear program.

Key questions about negotiations remain. In particular, where they will start — from the beginning again, or from where the previous rounds with the last Iranian government left off? And will Iran continue to demand the U.S. acts first by granting sanctions relief — citing former President Donald Trump’s exit from the original agreement?

The Biden administration has said repeatedly it wants a “mutual return to compliance,” in which the U.S. lifts sanctions as Iran scales back the steps it took in violation of the deal. Starting one year after Trump’s exit, Iran began its own violations, such as enriching more uranium to higher levels, using more advanced centrifuges and more of them.

European allies have joined the U.S. in expressing growing concern about those steps and the months of delay since Iran’s presidential election in June.

“Iran has no credible civilian need for either measure, but both are important to nuclear weapons programs,” they warned.

But they added they continue to hope for a diplomatic solution, saying, “We are convinced that it is possible to quickly reach and implement an understanding on return to full compliance and to ensure for the long term that Iran’s nuclear program is exclusively for peaceful purposes.”

It’s unclear if Raisi’s government is on the same page. Iran’s new top negotiator, Ali Bagheri Kani, tweeted Wednesday that Iran “agreed to start the negotiations aiming at removal of unlawful & inhumane sanctions” — perhaps a sign that talks will have to start over instead of resume where they left off.

But the State Department was quick to reject that. Spokesperson Ned Price told reporters Wednesday if talks “are to succeed, if we are to close the remaining areas of disagreement, they should start precisely where the sixth round of talks left off… It would be neither productive nor wise to take up from any other position.”

Critics say Iran’s nuclear program is already too far advanced to keep the nuclear deal alive. But Price added again that the Biden administration still believes “there is a window in which we can achieve a mutual return to compliance” — in part, he said, because there’s a “relatively small number of issues that remained outstanding” when talks were last held in June.

The in-person meetings will again be coordinated by the EU’s senior diplomat, Enrique Mora, in Vienna, the Austrian capital. U.S. special envoy for Iran, Rob Malley, will lead the U.S. delegation, according to Price — meeting all the parties except Iran, which refuses to sit down with the Americans.