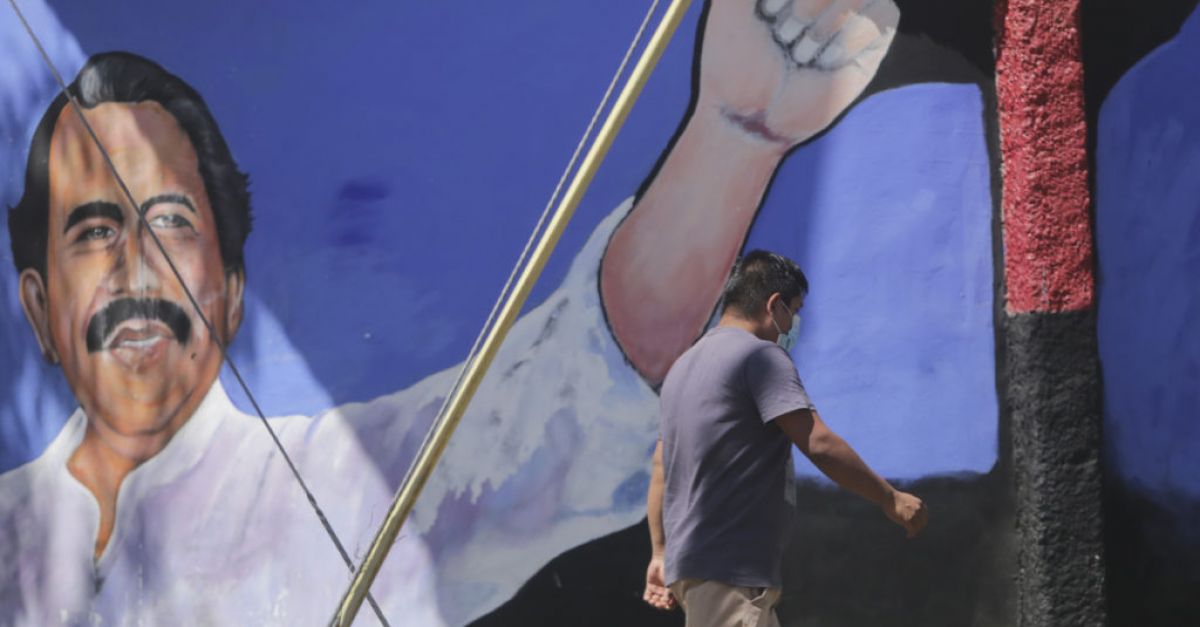 Nicaraguan President Daniel Ortega’s government set about painting as a historic democratic victory what many of the world’s democracies condemned as a sham election.

Nicaragua’s supreme electoral council said that with nearly all the ballots counted, Mr Ortega had won more than 75% of the vote.

The outcome was never in doubt after his government jailed seven of the leading potential opposition candidates, clearing the field for Mr Ortega to sweep to a fourth consecutive five-year term.

With all government institutions firmly within Mr Ortega’s grasp and the opposition exiled, jailed or in hiding, the 75-year-old leader eroded what hope remained the country could soon return to a democratic path.

Instead, he appeared poised to test the international community’s resolve and continue thumbing his nose at their targeted sanctions and statements of disapproval.

Mr Ortega and Vice President and first lady Rosario Murillo celebrated the election results in Managua’s Revolution Plaza later on Monday, with Mr Ortega unleashing a torrent of abuse on the European Union, which said in a statement earlier that the elections “lacked legitimacy”.

“The European Union has a parliament whose majority are fascists, Nazis,” Mr Ortega said.

“The fascist little brothers of Hitler that are governing there, now want to form a a fascist international in our Americas.”

Mr Ortega also spewed abuse at the United States, which also condemned the elections after Mr Ortega imprisoned all his main potential rivals.

“Those who are in prison are the sons of the female dog of Yankee imperialism,” Mr Ortega said.

“They should be taken to the United States, because they stopped being Nicaraguans a long time ago, they have no fatherland.”

Sunday’s vote also determined 90 of the 92 seats in the congress and representation in the Central American Parliament.

Ms Murillo went so far as to call the elections “the first sovereign elections in Nicaragua’s history” and reported congratulations streaming in from Russia, Cuba, Venezuela and Bolivia.

The council put voter turnout at 65%, a figure not observed in lightly attended voting centres on Sunday.

Open Ballot Boxes, an opposition effort to observe the elections, said that its more than 1,450 monitors around the country estimated an average turnout of about 18%.

But she and Mr Ortega will be ruling a shrinking and more sceptical support base among a general population with rising demands to participate in Nicaragua’s politics.

The phone survey had a margin of error of plus or minus 1.79 percentage points.

The full report on the survey is scheduled to be released later this month.

“In our survey in the summer of 2021, we were seeing signs of grave doubts in the integrity of elections in the country on the part of people in Nicaragua,” said project director Elizabeth Zechmeister.

“We asked whether or not they believe that votes are counted fairly in the country and what we found is that only 26% of people in Nicaragua believe that their votes are always counted correctly.

“Interestingly enough, it’s about the same percentage of people who expressed support for the incumbent administration.”

“We ask people whether or not they think one can bring about change in politics through elections, through street protests, through either or through neither,” Ms Zechmeister said.

“And we’ve asked that question in the past.

“So we’re able to make comparisons across time, and we see in 2021 a significant decrease in the percentage of people who think that it’s possible to bring about political change in the country through either elections or through street protests.”

Maria Acevedo waited at a bus stop in the capital on Monday.

She said the outcome of the election was clear in advance.

Inside a Managua hair salon, Leticia Roa, said respecting the results would keep the peace.

“The people elected him (Ortega) and you have to respect it,” she said.

“So what is there to do?

What remains to be seen is whether the international community will continue to unite to push Mr Ortega to change course.

An early chance could come later this week when the Organisation of American States holds its annual general assembly in Guatemala.

When the regional body voted last month to condemn repression and demand the release of political prisoners, seven members abstained, including Guatemala, Mexico and Honduras, which neighbours Nicaragua.

“This is the moment of truth for the countries that make up the international community that will have to leave behind ambiguity,” said Tiziano Breda, Central America analyst with International Crisis Group.

“They will have to take a forceful position on one side or the other to recognise or not recognise this electoral process.”