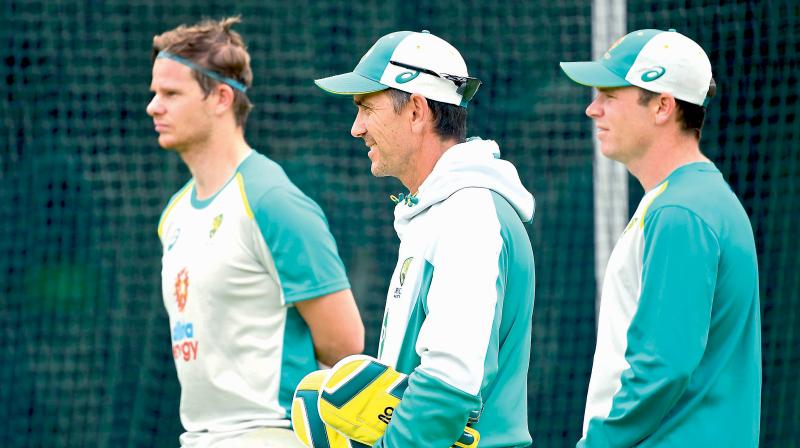 Lahore: Australia have agreed to tour Pakistan for the first time in 24 years for a full series next year, providing a much-needed shot in the arm for the country's cricket following the recent pullouts by England and New Zealand over security concerns.

Lahore will also be the venue for the four white-ball matches to be played from March 29 to April 5, the Pakistan Cricket Board (PCB) announced on Monday.

In September, New Zealand, who were already in Pakistan, went back home without playing a game due to a security threat and soon after, England too announced they won't be touring the country ahead of the T20 World Cup, dealing a huge setback to the PCB's efforts in bringing high-quality international cricket to the country.

Australia coming to Pakistan is a big win for the recently-appointed PCB chief Ramiz Raja, who did not expect the Aussies to tour after England and New Zealand withdrew. England were criticised heavily for not touring the country.

"It pleases me no end that we'll be engaged in a three-Test match series, connoisseurs delight," Raja said in a statement.

"Australia are one of the high-performing sides and them playing in our backyard for the first time after a gap of 24 years will be a special treat for the fans.

"Likewise, it will be a great opportunity for the Australia cricketers to not only play at our iconic venues but also feel and enjoy the respect, love and hospitality that this great country offers, something which most of their previous generation of cricketers missed out by playing offshore," he said.

Cricket Australia chief executive Nick Hockley said they will continue to work with PCB to ensure foolproof security for their team.

"We thank the PCB for their considerable efforts in planning for the tour and look forward to continuing to work closely over the coming months to finalise the necessary operations, logistics, security and Covid-19 protocols.

"The safety and welfare of our players and staff remains our number one priority, and we will continue to work with the PCB and relevant agencies to ensure that appropriate and sufficient arrangements are put in place for the tour," he said.

CA's delegation will visit Pakistan to meet with PCB officials as well as provincial and federal authorities to discuss and finalise matters relating to "team operations, logistics, security and Covid-19 protocols".

Australia last toured Pakistan in 1998-99 when Mark Taylor led them to a 1-0 series victory — their first in the country since Richie Benaud's side defeated Fazal Mahmood's team by a 2-0 margin in the 1959-60 series.

A suicide bombing in Karachi before Australia's scheduled tour in 2002 forced the shifting of the series to Colombo and UAE. The terrorist attack on the Sri Lankan team bus in Lahore in 2009 ended international cricket in Pakistan for years.

Zimbabwe was the first country Pakistan hosted in 2015, after the bus attack in 2009.