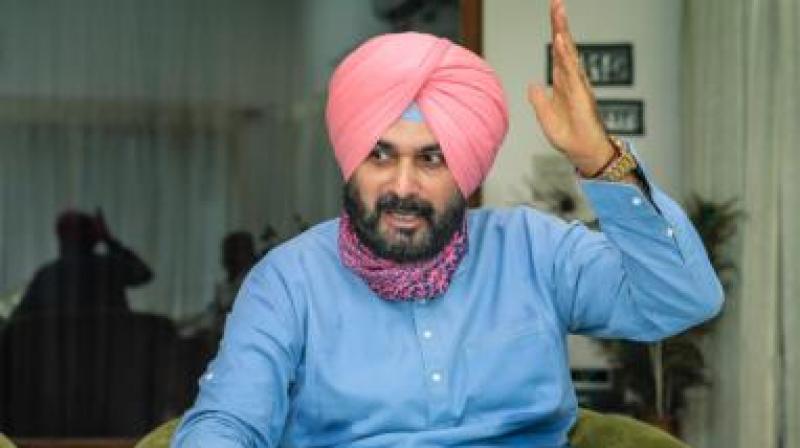 New Delhi: It’s one step forward and two steps back for the Punjab Congress. After formally withdrawing his resignation as Punjab PCC chief, Navjot Singh Sidhu launched a fresh attack on state advocate-general A.S. Deol, accusing him of “subverting justice by inaction” in the sacrilege and drugs cases. He alleged that the A-G had appeared before the high court for the main conspirators and the accused in the case. He also alleged that Mr Deol was “working for political gain” and securing bail for the accused. “Mr AG Punjab, Justice is blind but people of Punjab are not. Our Congress Party came in power with a promise to give justice in Sacrilege Cases, in which you appeared before the High Court for main conspirators/accused persons and made serious allegations against our Govt,” Mr Sidhu said in a tweet on Sunday.

In another tweet, Mr Sidhu said: “Today, you are representing the same government of the same political party in power and accusing me of spreading misinformation, whereas, I am fighting for justice in sacrilege cases and you were procuring blanket bail for the accused persons. May I know which interest (vested or otherwise) were you acting for when you appeared for the main conspirators and procured blanket bail for them and which interest you are acting now?”

Mr Sidhu has been vehemently opposing the appointment of the A-G and the DGP by the new chief minister, Mr Charanjit Singh Channi. Taking on his own party’s state government, Mr Sidhu asked the A-G: “Are you acting at the behest of those who appointed you in this constitutional office and fulfilling their political gains? Did you advise the government to challenge the blanket bail order procured by you or any other adverse order in the sacrilege cases in the Supreme Court?” Many feel that Mr Sidhu’s real target in this is the chief minister, who was not the choice of Mr Sidhu but was thrust upon by the party high command.

Interestingly, on Saturday, the advocate-general had issued a statement accusing Mr Sidhu of obstructing the functioning of the constitutional office of advocate-general. The statement had further accused Mr Sidhu of “spreading misinformation to gain political advantage over his political colleagues”. In the last few weeks, it has been a free for all in the Punjab Congress with the PCC chief taking on the state government. Taking a dig at the state unit chief, Lok Sabha MP from Punjab Ravneet Singh Bittu said: “First please Sidhu then announce relief schemes and packages for the welfare of people of Punjab, otherwise he will question the motives of the government again”.