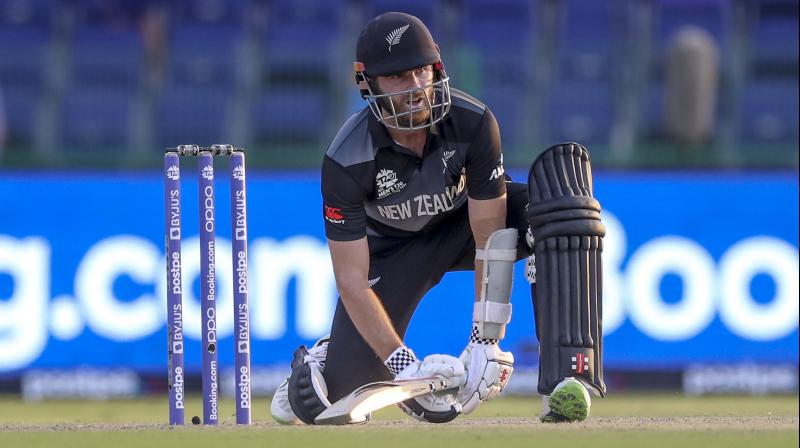 Abu Dhabi: New Zealand captain Kane Williamson on Sunday praised his bowlers for setting the tone for their eight-wicket win over Afghanistan, which paved the way for their entry into the T20 World Cup semifinals here.

The Black Caps chased down a small target of 125 with 11 balls to spare to secure a top-2 finish in Group 2 with eight points from five matches. The win also sent India out of the tournament.

"Strong performance. We know how dangerous this Afghanistan side is. Nice for us to be able to set the tone with the ball, take wickets early and then keep them to below-par total. 150-155 would have been par," Williamson said at the post-match presentation.

"It has certainly been a challenge to adjust quickly to three different venues."

New Zealand will face England — the 2019 ODI World Cup winners and their opponents in that final — in the semifinals, provided Pakistan don't crash to a shocking defeat against Scotland in the day's other game.

"Another strong challenge coming up. England are a very strong side. For us it is important we keep learning and building on. Incredibly tough competition. Looking forward to the occasion," said Williamson who remained not out on 40 as his side completed the task without much trouble.

Afghanistan captain Mohammad Nabi said his team did not start well as they lost three wickets inside power play.

"This has been our plan to win the toss and put on a decent total on the board. But we didn't start well. Then Najib brought us back but again we didn't finish back," he said.

Nabi said his side will need to improve in the batting department in future.

"Still we tried our best with the ball. We played good cricket in the tournament, and we will take a lot of positives. We need to correct the mistakes we made with the bat."

Player of the Match Trent Boult said he is looking forward to the semifinals against England.

"Nice to get the peformance this afternoon. The boys are in good spirits. Some big games coming up. Wickets have been different during the day games and night games so nice to have experienced both," said Boult who took three wickets for 17 runs in the match.

"England are playing good cricket. It is going to be a challenge."