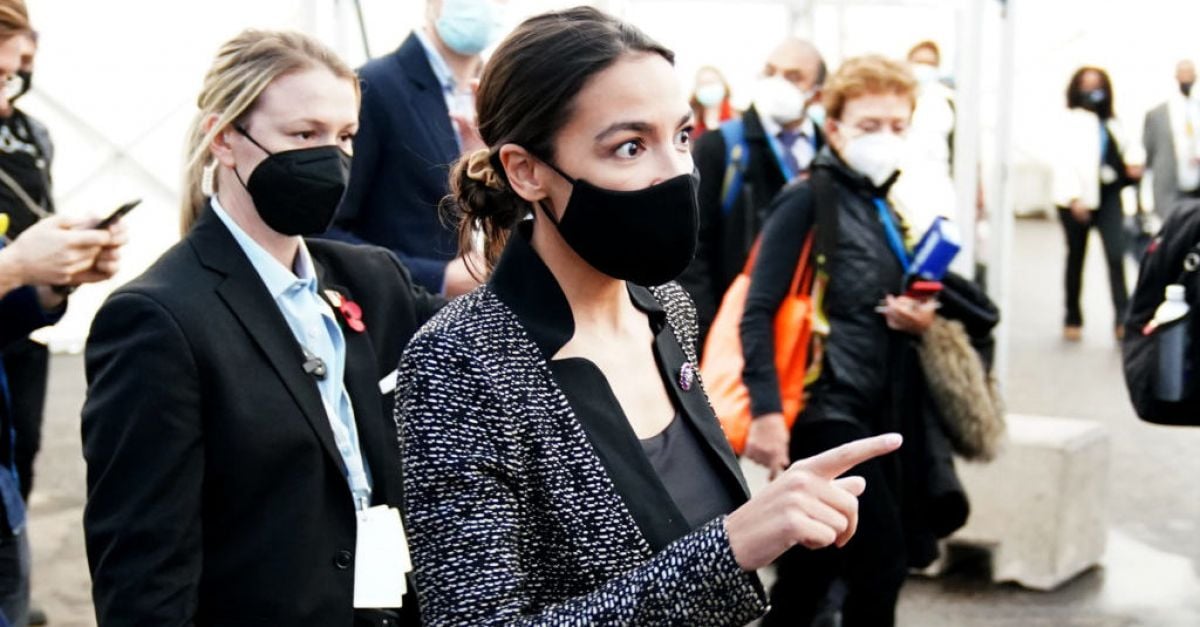 Alexandria Ocasio-Cortez and Nancy Pelosi have arrived at Cop26 as part of a Congressional delegation, as the climate change summit focuses on women’s equality.

The Democratic congresswoman and the US Speaker of the House will join Nicola Sturgeon and others at an event on gender equality on Tuesday.

Ms Pelosi is joined by a group of 21 US politicians who have travelled to the conference in Glasgow.

The climate crisis is the existential threat of our time — and America has a great responsibility to bring bold ambitions to the table to meet & beat our climate action goals. That’s why I am leading a Congressional delegation to the United Nations #COP26 this week.

Ahead of her arrival, Ms Pelosi said: “The climate crisis is the existential threat of our time, and America must continue to bring our boldest ambitions to the table to meet and beat our climate action goals.

“Together with this outstanding, experienced and diverse delegation including committee chairs, members of the House select committee on climate crisis and respected Members of Congress, I am honoured to once again return to the United Nations Climate Change Conference to convey the strong commitment of the US Congress in addressing this crisis and doing so in a way that puts justice and equity, particularly for indigenous communities, first.”

She continued: “As the world faces ‘Code Red for Humanity’ because of the climate crisis, America has the great responsibility and opportunity to meet this moment.

“Led by President Biden and the Democratic Congress, we will do just that: advancing clean air and clean water for public health, creating good-paying green jobs and advancing our pre-eminence in green technologies, protecting our national security and leaving our children and grandchildren a healthier planet and a better future.”

As discussions at the conference turned to issues of gender equality, a giant puppet called Little Amal arrived in the “blue zone”.

The 3.5m-tall puppet, which represents a young Syrian girl, has walked 8,000km across Europe to raise awareness around the needs of refugee children.

It was present as a session on “advancing gender equality in climate action” began at the conference.

The event was designed to showcase some of the best examples of gender equality in climate action, highlighting the disproportionate impact of climate change on women.

Anne-Marie Trevelyan, the UK minister who is chairing the flagship Gender Day event, said: “It is women, girls and those who are already most marginalised, that will be most severely impacted by climate change.

“But they also have a critical role to play to address the climate crisis.

“The UK is committed to addressing this dual challenge head on, committing new funding to empower communities and women’s groups to take locally-led adaptation action, to build local, national and global resilience.”