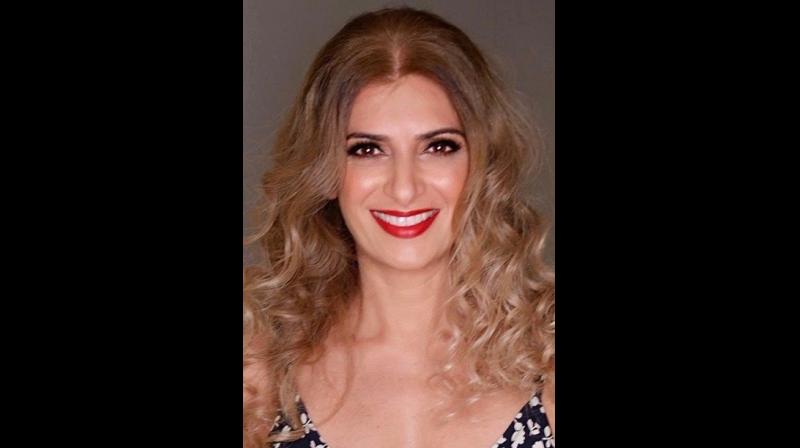 Bangkok: Bangkok’s best-known cultural festival is back, and has been well-timed to coincide with the opening up of the country to international tourists.

It had been cancelled last year, due to Covid, even though the first cargo of props had already landed in the city!

The 23rd International Festival of Dance and Music was postponed several times this year, but the dates, November 18 to December 16, have finally been announced, leading to great excitement in the city.

“It’s been very challenging for us, but we were determined to make it work, which is why we’ve been continuously in touch with the artistes who were supposed to perform last year” said Rasina Uberoi Bajaj, managing director of the festival, and daughter of Indian-born Kukoo Uberoi, who has spearheaded the grandiloquent festival for two decades.

She informed that the festival had been in touch with various government and health organizations and laid out strict Covid precautions for the festival.

The seating would be limited, in the large Thailand Cultural Centre.

Only double-vaccinated individuals would be allowed, and even kids would have to do the antigen tests at home, before attending the shows.

All the performing artistes partaking in the festival were fully vaccinated too, and would follow strict Covid precautions, both at the hotel and the auditorium.

For the first time, some of the programmes would be live-streamed, especially the two popular ballets.

Top Indian classical dancers like Aditi Mangaldas, have featured at the festival, as also Kala Kendra with Ramayana, not to forget the Bollywood musical, Taj Express.

Rasina was happy that India was one of the countries selected to enter Thailand without quarantine.

“We hope to see an Indian group return very soon,” she stated.

The festival will be shorter this year, due to Covid, with only six events, but the shows and artistes are of a very high calibre.

The ever-popular Swan Lake and Nutcracker Ballet are top on the list, performed by the Russian Multimedia Ballet Theatre, with grand sets and costumes, and aided by multimedia sound and light design.

The solo artists are from the Bolshoi Ballet, which Rasina feels is a scoop, as the artistes of Russia’s premiere ballet-company don’t usually travel abroad at all.

“It’s proof of the global reputation of our festival,” she said with pride.

In order to target the youth, who have recently been flocking to the festival, a vibrant flamenco team from Spain and a smoking hot hip-hop group from France, are partaking in this year’s festival.

The Los Vivanco group from Spain, are noted for their dazzling flamenco fusion rhythms. They are a multi-award-winning group of seven brothers from Spain who have performed in more than 35 countries. They combine humour, martial arts and aerial acrobatics in a spectacular manner, which has taken global audiences by storm everywhere.

Motion, by Compagnie Zahrbat from France, combines hip hop and break-dance to a high art-form, using cinematography, computer science, and the written word. Nine dancers display their physical, rhythmic, acrobatic and technological prowess against a screen, making it an almost gravity-defying show.

Last but not the least, come two opera performances by globally renowned artistes. They will be accompanied by the multiple award-winning Russian opera, ballet and symphony conductor Konstantin Chudovsky, who will conduct Thailand’s brilliant Royal Bangkok Symphony Orchestra.

The presence of this orchestra at the mega international festival reiterates the festival’s goal of fostering local talent in the country.

The first concert is by tenor Joseph Calleja and soprano Celine Byrne.

The Grammy-nominated Calleja was voted Gramophone magazine’s 2012 Artiste of the Year, and won the 2014 International Opera Awards’ Readers’ Award.

Celine Byrne has performed extensively throughout the world, for dignitaries such as Barack Obama, Queen Elizabeth and the Pope. She’s back at the festival by popular demand, having performed here with the great Jose Carreras two years back.

Last but not the least, comes Welsh superstar mezzo-soprano Katherine Jenkins OBE (officer of the Order of the British Empire) who, after selling more than 2.6 million albums, and achieving the no. 1 album 14 times, was anointed “The Biggest Selling Classical Artiste of the Century” by Classic FM.

Rasina Uberoi admitted that the festival’s timing deliberately coincided with the opening of Bangkok to international tourists.

“In fact, the governor of TAT (Tourism Authority of Thailand) wanted to use the festival as a platform, to open up the country,” she said with pride.

A grand cultural extravaganza, indeed, to celebrate the opening of “Amazing Thailand” to the world.

Behind the wheel of Opel’s retro electric Manta

When healthy eating becomes a disorder

Cardi B to Billy Porter: Fashion at the American Music Awards was suitably extravagant