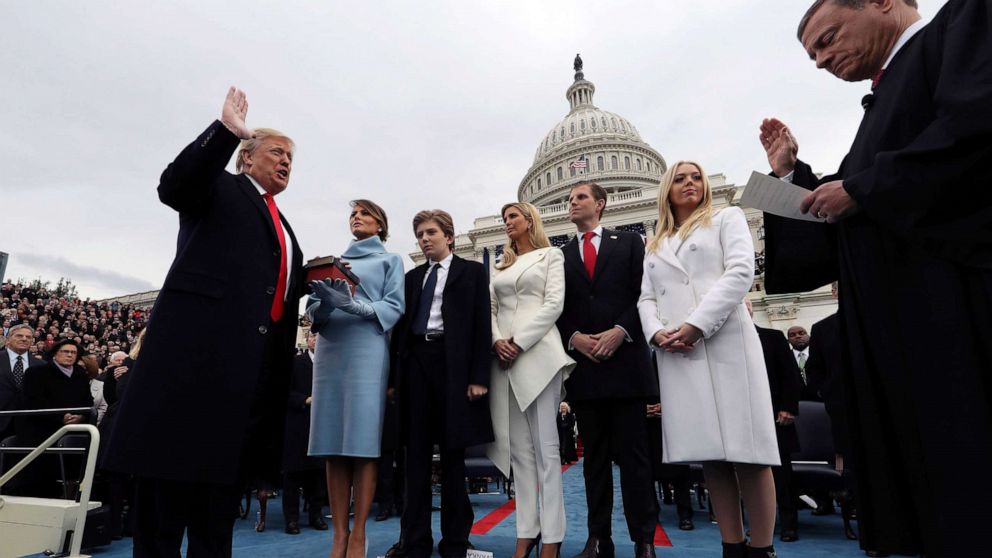 The Trump Organization secured a partial victory on Monday as a Washington, D.C., superior court judge dismissed a portion of a lawsuit brought by the D.C. attorney general over actions by former President Donald Trump’s 2017 Presidential Inaugural Committee.

The judge dismissed a claim by D.C. Attorney General Karl Racine that Trump’s inaugural committee “wasted” $1 million in rented ballrooms at Trump’s Washington, D.C., hotel, writing that they have not met the standard of proof that would allow that part of the lawsuit to proceed.

“In short, there is no genuine dispute that the value paid for the space at the Trump Hotel reaches the extreme burden that Plaintiff need to carry a waste claim to its fruition,” Judge José López wrote.

But López did allow the case to proceed, in part, on the claim of “private inurement” — the question of whether the inaugural committee used their funds for private benefit and not for nonprofit purposes — which means the case could proceed to trial.

“It’s a big deal that our lawsuit is moving forward and going to trial. The Inaugural Committee misspent more than $1 million in nonprofit funds to unlawfully benefit private interests,” a spokesperson for the D.C. attorney general’s office said in a statement. “We cannot allow those in power to get away with using money to illegally enrich themselves and their families. AG Racine is working to get that money back and make sure it supports a legitimate public purpose.”

The judge ordered a status hearing be held in February to determine how the remaining parties want to proceed.

The AG’s probe has been looking into the spending of the Trump inaugural committee, specifically at the Trump International Hotel in Washington.

The investigation began, in part, after claims were leveled by Stephanie Winston Wolkoff, a one-time adviser to former first lady Melania Trump, who worked on the inauguration events and later wrote a tell-all book, “Melania and Me,” about her relationship with the Trump family

“I’m working with three different prosecutors, and it’s taken over my life,” Winston Wolkoff told ABC News in an interview last year, referring to the U.S. Attorney’s Office in the Southern District of New York and local attorneys general in New Jersey and Washington, D.C.

No case has yet to be brought by prosecutors from New York’s Southern District or New Jersey.

The Trump Inaugural Committee, a private tax-exempt organization, raised nearly $107 million in donations and spent $104 million of that on the event, the most ever for an inauguration and twice as much as the amount spent on President Barack Obama’s first inauguration.

The money not spent — totaling about $3 million — was reportedly donated to charity.