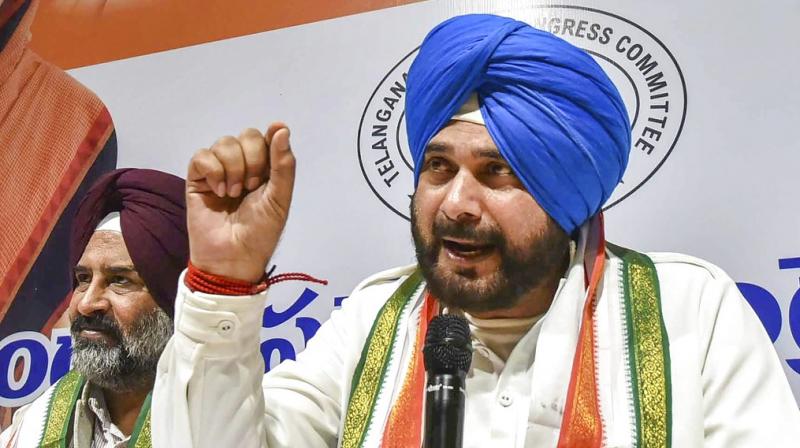 Chandigarh: Congress leader Navjot Singh Sidhu on Friday informed that he has taken back his resignation as the president of the party's Punjab unit.

"I have taken back my resignation (as Punjab Congress chief) and I categorically state that the day new Advocate General will be appointed and a new panel will come, I will take charge of my office. It was not any personal ego," Sidhu said while addressing a press conference here.

On September 28, Sidhu resigned as the chief of the Punjab Unit of Congress. He was reportedly upset over the bureaucratic setup and his commands not being followed after the Cabinet expansion in Punjab.

He was appointed as the president of the Punjab Congress on July 23 this year following months of turmoil in the state Congress unit.

After the tussle in Punjab Congress between Sidhu and Captain Amarinder Singh escalated in August, the party had appointed Sidhu as the Congress chief apparently against the wishes of then Chief Minister.

Amarinder Singh had in September stepped down as the chief minister and recently tendered his resignation from the primary membership of Congress which has also been accepted by party interim chief Sonia Gandhi. The former chief minister has launched a new party 'Punjab Lok Congress'.