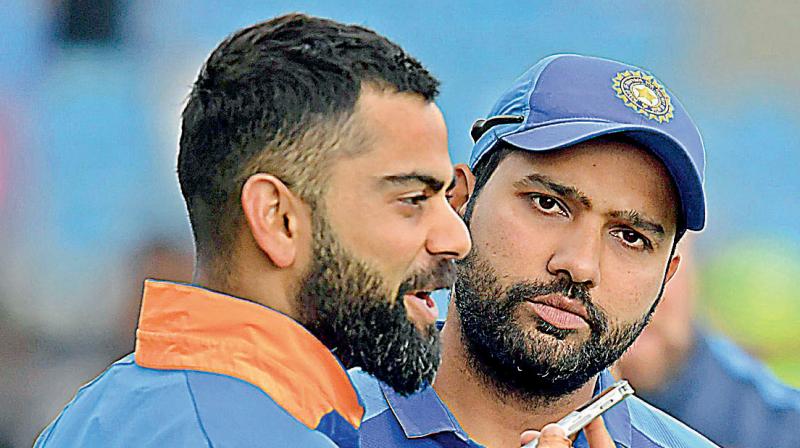 Dubai: India captain Virat Kohli on Monday all but confirmed Rohit Sharma as his successor for the national T20 captaincy, saying that the senior opener has been "overlooking things for a while now".

Rohit, who is Kohli's deputy in the white-ball format, is tipped to take over India's T20 leadership from the three-match series against New Zealand at home, beginning November 19.

"I've been immensely proud of how the team has played. Now I think it's time for the next lot to stake this team forward. Obviously Rohit is here and he's overlooking things for a while now," Kohli said during the toss ahead of India's final T20 World Cup match against Namibia here.

"It's been an honour for me, I was given the opportunity and I tried to do my best. But it's also time to create some space and move forward."

Tonight's game also marks the end of Ravi Shastri's tenure as head coach along with some other support staff members, including bowling coach Bharat Arun.

Kohli had announced his decision to give up T20 captaincy before the World Cup. He has also stepped down as captain of his IPL franchise Royal Challengers Bangalore.

Speculation is rife that the superstar batter might also lose the ODI leadership role in near future.