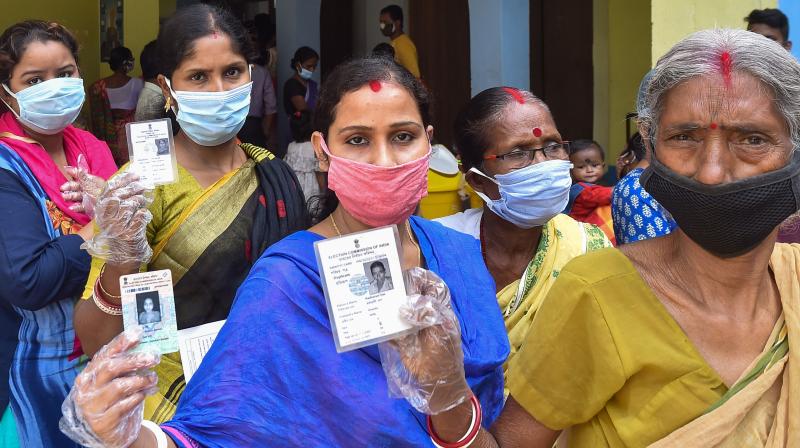 HYDERABAD: The Election Commission of India (EC) on Tuesday released the schedule for biennial elections to the Telangana Legislative Council from nine local authorities’ constituencies for 12 MLC seats which will fall vacant due to retirement of the sitting MLCs on January 4, 2022. The polling will be held on December 10 and counting of votes on December 14. Among those MLCs, whose terms will end in January include Kalvakuntla Kavitha, daughter of Telangana Rashtra Samiti (TRS) president and Chief Minister K. Chandrashekar Rao, representing Nizamabad local authorities constituency.

The EC stated that the model code of conduct came into force with immediate effect forcing the Chief Minister to cancel his tour of Warangal and Hanamkonda districts scheduled for Wednesday to review and launch development programmes. The Chief Minister was also forced to cancel his back-to-back press conferences being held at Pragathi Bhavan since Sunday following the election code of conduct.

The EC also issued notification on Tuesday to hold elections to six MLC vacancies under MLAs quota for which the polling will be held on November 29. These elections under MLAs quota were originally scheduled to be held in May this year but were postponed due to the second wave of Covid-19 pandemic. The last day for submission of nominations is November 16. The scrutiny of nominations will be held on November 17, while the last date for withdrawal of candidatures is November 22.

However, the victory of the six TRS candidates under MLAs quota is a foregone conclusion as the TRS has an unassailable majority in the Assembly, while the Opposition parties lack numbers to field candidates. With this, the chances of holding polling on November 29 are remote. The TRS candidates will be declared elected unanimously after the deadline for withdrawing nominations ends on November 22.

The fact that Chandrashekar Rao has scheduled the party's mega public meeting in Warangal with 10 lakh people on November 29, the day of polling, indicates the party's confidence that no polling will be held in which all the MLAs need to cast their votes. The only point of interest in MLAs quota elections is whom Chandrashekar Rao will nominate to the Council.