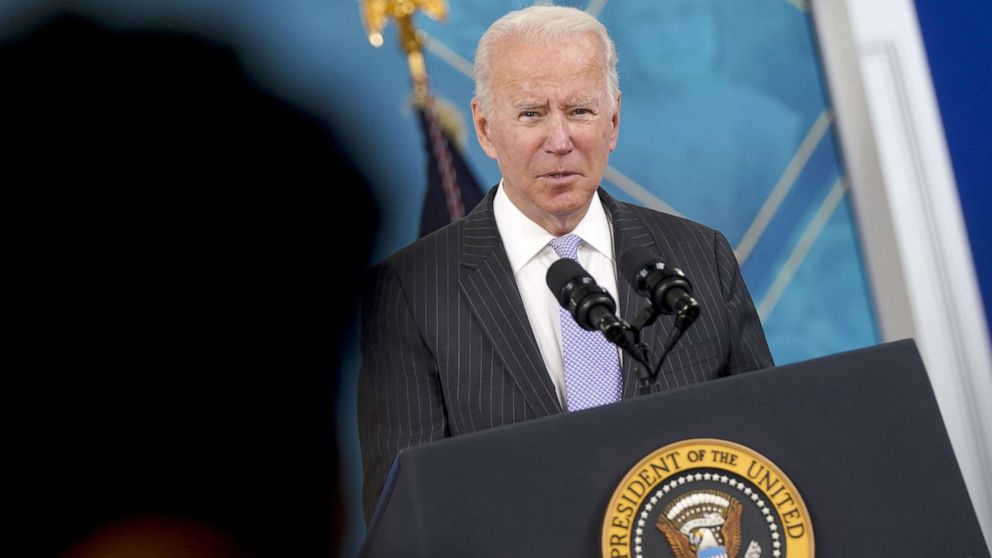 President Joe Biden on Wednesday denied reports that his administration was planning to pay migrant family members separated by the Trump administration up to $450,000 per person.

“That’s not going to happen,” Biden said in response to a question about the plans at a press conference Wednesday.

Biden called the reported plans “garbage” and “not true.”

The cash settlements, first reported by the Wall Street Journal, could have totaled up to $1 million per family, the paper said. ABC News confirmed last week that some officials had considered payments but reported that the exact dollar amounts had not yet been determined and could change.

On Thursday, while declining to speak to specifics and deferring to the Justice Department, White House deputy press secretary Karine Jean-Pierre tried to clarify Biden’s comments.

She said Biden “is perfectly comfortable” with a settlement agreement between migrant families and the government and was simply responding to the reported price tag.

Jean-Pierre then confirmed reports that DOJ officials relayed to lawyers representing families that a reported figure of $450,000 per person was higher than what the government could agree to. She also suggested that a settlement with the families could save taxpayer dollars by avoiding the costs of litigation.

“So if it saves taxpayer dollars and puts the disastrous history of the previous administration’s use of zero tolerance and family separation behind us, the president is perfectly comfortable with the Department of Justice settling with the individuals and families who are currently in litigation with the U.S. government,” Jean-Pierre said.

The ACLU had previously responded to Biden’s comments with a statement saying the president would be “abandoning a core campaign promise” if he doesn’t make good on the payments.

“President Biden may not have been fully briefed about the actions of his very own Justice Department as it carefully deliberated and considered the crimes committed against thousands of families separated from their children as an intentional governmental policy,” ACLU Executive Director Anthony D. Romero said in a statement. “But if he follows through on what he said, the president is abandoning a core campaign promise to do justice for the thousands of separated families.”

As a candidate, Biden described the separation of migrant families under the Trump administration’s “zero tolerance policy” as “criminal.”

The Biden administration has identified nearly 4,000 children who were separated from their families, according to the latest report from the Interagency Task Force on the Reunification of Families. The task force has reunified 50 families, with 50 more in the process of being reunified. About 2,100 more were reunified under court orders with the help of nongovernmental organizations.

As of September, the task force was aware of 1,727 children who had still not been reunited with their parents.