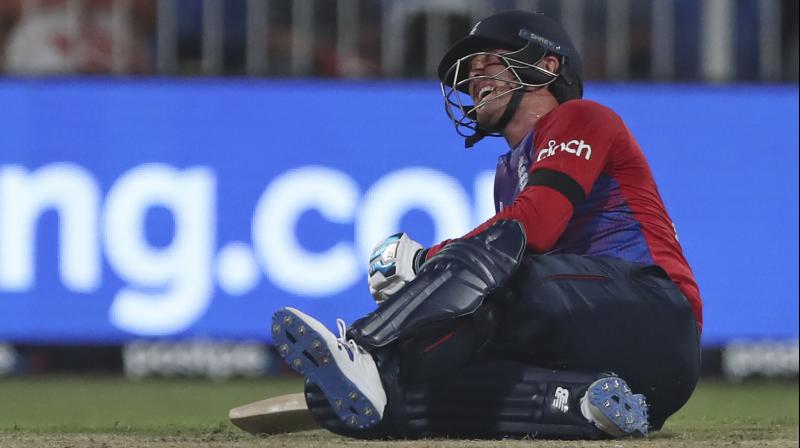 Dubai: Explosive England opener Jason Roy has been ruled out of the remainder of the T20 World Cup with a calf injury and James Vince has been drafted into the squad as his replacement.

Roy sustained a calf injury in England's defeat to South Africa in their final Super 12 match in Sharjah. Roy looked to be in a lot of pain and could not walk back to the dressing room on his own. He was seen on crutches after the game.

"I'm gutted to be ruled out of the World Cup. It is a bitter pill to swallow," said Roy in a statement.

"I will be staying on to support the boys, and hopefully, we can go all the way and lift that trophy. It has been an unbelievable journey so far, and we have to continue expressing ourselves and concentrating on us.

"The rehab has already started, and even though I've torn my calf, I'm going to give myself the best chance of being ready for the T20 tour of the Caribbean at the start of next year."

England face New Zealand in the first semifinal in Abu Dhabi on Thursday.

England have the option of promoting Jonny Bairstow to the top alongside Jos Buttler and play Sam Billings in the middle order.

The Event Technical Committee of the ICC Men's T20 World Cup 2021 has approved Vince as a replacement for Roy in the England squad.

Vince was one of three reserves as per the allowance for teams to travel with extra players in view of COVID-19 quarantine requirements.