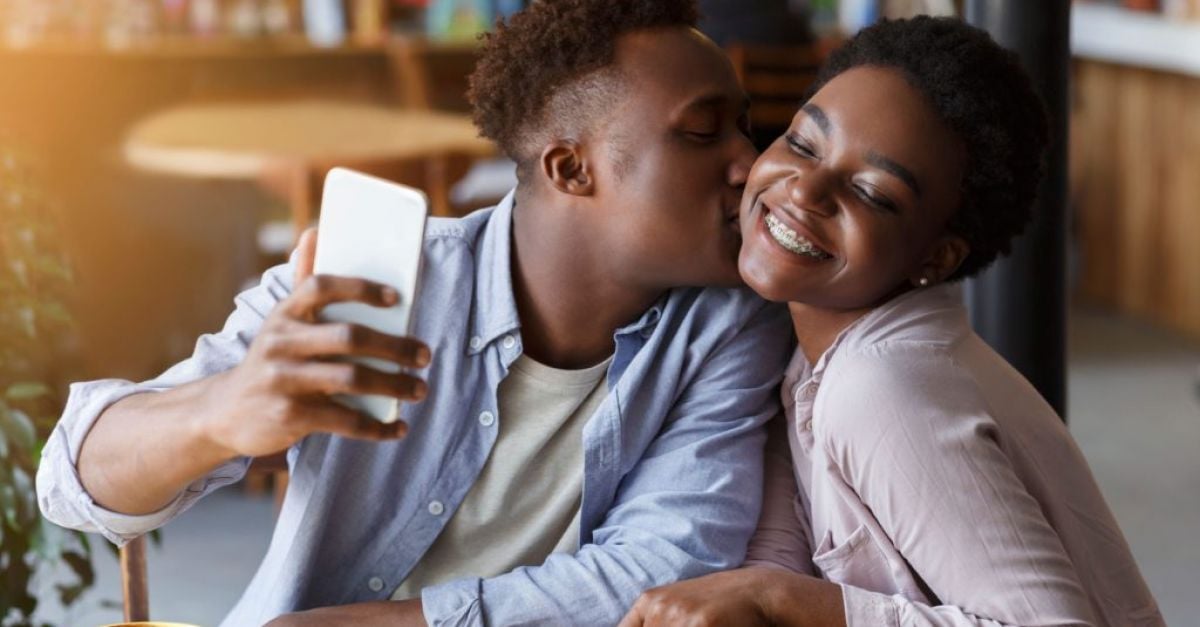 From ‘bread crumbing’ (leading you on with small morsels of interest) and ‘benching’ (keeping you on the subs bench while they date other people) to ‘trickle-ghosting’ (disappearing gradually), the list of terrible dating behaviours we have to deal with seems never-ending. But what if, instead of not enough interest and commitment, you get the opposite?

It’s been a weird old time for single people and if, after a long period of virtual video drinks and socially-distanced park dates, you’re dating in real life again, you might want to be cautious of behaviour that may seem too good to be true.

What is ‘love bombing’?

LOVE BOMBING is a 🚩🚩🚩🚩🚩
This is a manipulation tactic where a partner lavishes you with excessive time, attention or gifts.
It involves putting you on a pedestal, overly flattering you and making you believe you’re The One too quickly.

When two people meet and the chemistry is right, there can be a rush of intense emotions, affection and hopes for what it might become, and that’s all good, right? In theory, yes, but just be alert to the signs of the other person’s behaviour being too intense, too quickly.

Psychotherapist and relationship expert Noel McDermott (noelmcdermott.net) says: “Love bombing is an inappropriately intense and exaggerated display of emotional or sexual affection, and is aimed at influencing the behaviour of the target.”

So, watch out for an overabundance of attention and compliments, non-stop contact, neediness, over-the-top declarations of love and promises about the future far too early on.

“If it happens at the dating stage, it should be a very serious red flag that you should exit,” McDermott says. “It’s often used by sex addicts as a way of getting their fix.” After bombarding you, they often cool off, or disappear after it serves a purpose for them.

What if you’re further down the line?

Love bombing isn’t confined to the early days of dating sadly. The behaviour can also crop up later down the line in coercive relationships. “In domestic abuse and control situations, it creates an extremely unhealthy pattern of distorted love dependencies,” says McDermott. “It can be seen to produce a type of neuro-chemical numbing of negative experiences in a relationship on the part of the victim.”

So, if a partner has treated you badly, they might counteract it by showering you with affection in order to minimise the negative experience. “It creates very strong neural pathways, as our brains are primed to hardwire around stress and love – put them both together and the impact can be devastating in terms of developing severe co-dependency,” explains McDermott. “The longer they are subject to it, the worse it gets.”

Because of the pathways created in the brain, when an abuser does leave, the victim can face tremendous withdrawal, pain and depression, he says. They face intolerable stress and the only relief from that stress is a response from the love bomber.

What else to watch out for

McDermott says to be alert to “unusual intensity in their attention to you, followed by absence and inability on the part of the love bomber to have non-intense intimacy”. They may also have an “inability to work through conflict or problems” and use sex, love and gifts to move away from deeper conversations.
“[Learn to] spot the difference between intensity and intimacy. Intensity is a very serious red flag and it should indicate that it’s not a good idea to move on.”

If you have self-esteem issues or a childhood background of neglect or abuse, it’s more common to mistake love bombing for genuine expressions of affection, he adds. If you find yourself making excuses for bad behaviour on their part, neglecting friends and family, having obsessional thoughts about them, or agreeing to cross ethical boundaries for them, it’s a sign something is wrong.

Why do people do it?

In a clinical sense, “love bombing is a maladaptive defence around intimacy, intense love or sexual experience. It is used to avoid the pain of lack of capacity to form genuine intimacy with another human”, explains McDermott.

There are a whole host of reasons someone might engage in this type of behaviour to avoid true intimacy in healthy relationships.  He says they can include personality disorders, past trauma, severe mental health issues, substance misuse or severe adverse childhood experiences.

“Love bombing might be picked up by an individual as a defence, because it makes them feel – for a brief period of time – less damaged. It is a powerful tool to manipulate and control others, and might be favoured by narcissistic types.”

What to do if you experience it

Run a mile, basically. “Go completely cold turkey, block them,” McDermott urges. “Don’t try and fix this issue, as it is not your problem – they need to change, not you.”

If you are further down the line in a relationship, he suggests: “First, get yourself to safety and never underestimate the damage this type of abuser can cause you.

“Make sure you maintain a good network of friends and or family when you are in a partnership. That is the most important resource for you in spotting this problem and finding the courage to get out.

“Your task is to spot the maladaptive defences [that stop you from adapting to new or difficult circumstances] you have grown; the self-hatred, the self-blame, the low self-esteem and rigorously root it out of your sense of here and now. Get professional help to gain insight, learn to forgive yourself, overcome the shame you feel, learn positive life lessons and new ways of behaving.”