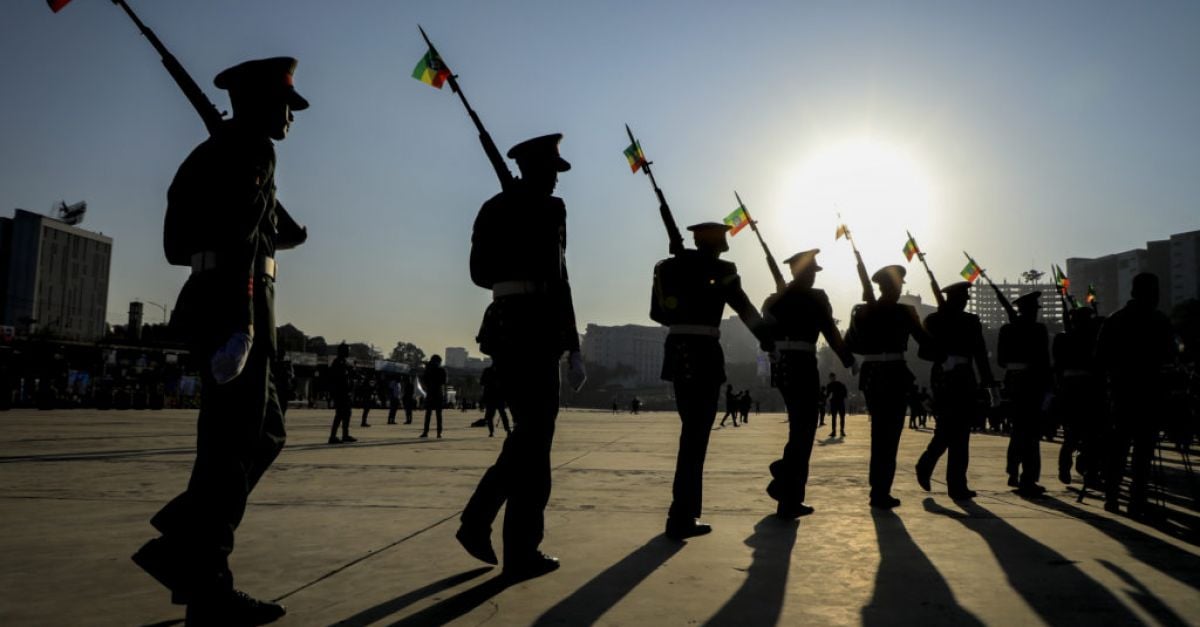 British and American citizens have been swept up in Ethiopia’s mass detentions of ethnic Tigrayans under a new state of emergency in the country’s escalating war, The Associated Press has found.

Thousands of Tigrayans in the capital, Addis Ababa, and across Africa’s second-most populous country have already been detained and fears of more such detentions soared on Thursday as authorities ordered landlords to register tenants’ identities with police.

Meanwhile, men armed with sticks were seen on some streets as volunteer groups sought out Tigrayans to report them.

Ethiopia’s government says it is detaining people suspected of supporting the forces from the Tigray region who are approaching Addis Ababa following a year-long war with Ethiopian forces that was triggered by a political falling-out.

But human rights groups, lawyers, relatives and the government-created Ethiopian Human Rights Commission say detentions – including of children and the elderly – appear to be on the basis of ethnicity.

The daughter of a British national, Meron Kiros, told the AP that her 55-year-old father, Kiros Amdemariam Gebreab, had lived in the UK for more than a quarter-of-a-century and was visiting Ethiopia to work on his PhD studies when he was detained at his home in the capital on November 1.

“My father has no political involvement in what has been happening,” she said and attributed his arrest to “purely for being a Tigrayan human being”.

She said the family had not been allowed any communication with him, which she described as heartbreaking.

The British government told the AP it had raised his case with Ethiopian authorities. British officials believe a very small number of UK nationals have been detained.

At least two US citizens are among the Tigrayans detained as well.

But the overwhelming majority of Tigrayans detained have been local, some of them high-profile.

On Monday morning, the chief executive of Lion Bank was detained along with seven of his colleagues and a customer, a lawyer told the AP. They were held at a police station before being released in late evening, the lawyer said.

An Ethiopian Orthodox Church official in Addis Ababa confirmed this week that dozens of priests, monks, deacons and others had been detained because of their ethnicity, including an assistant to the church’s patriarch.

Federal police spokesman Jeylan Abdi told the AP that he did not know the number of people detained since the state of emergency was declared last week. He said the detainees were being held in various police stations and the total had not been tallied.

He dismissed as “propaganda” allegations that detentions were ethnically motivated and said searches found weapons in the detainees’ possession, including assault rifles and heavy machine guns, as well as military uniforms.

Envoys from the African Union and the US held urgent discussions in recent days in search of an immediate ceasefire and a path to talks. But the warring sides indicated it would not be straightforward or easy.

“I believe that all sides see the dangers of perpetuating the conflict,” US secretary of state Antony Blinken told reporters on Wednesday.

“The alternative of conflict that overtakes Ethiopia, spills out of the country, spills into the region, should be sobering to everyone.”