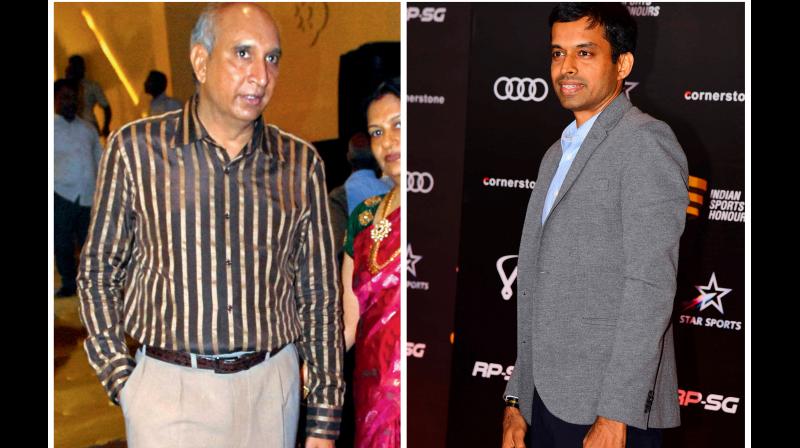 Hyderabad: The sight of two-time Olympic medallist P. V. Sindhu receiving Padma Bhushan Award from President Ram Nath Kovind on Monday was a proud moment for all Telugu people, besides sports lovers, but would have deemed impossible just 20 years ago, before Pullela Gopichand won the All England Open title.

Looking back at the exhilarating journey he scripted, speaking to Deccan Chronicle, the former champion and award-winning coach Gopichand said, “when I was playing in the 1980s, Hyderabad city was at the bottom rung in badminton even at a south India level. We did not have many serious national-level players.”

Recalling the days when Asif sir was the only coach at Lal Bahadur Shastri stadium, Gopichand said, “we did not have an apt ecosystem; we lacked enthusiasm amongst lots of young players, coaches, infrastructure, facilities. In 2001, once I won the All England Open, I felt if a player like me could win, I could share my learning and create that hub to train many a champion.”

Working on a dream to create a great badminton powerhouse which could produce champions for India, Gopichand received land from the state government but lacked funds. He pledged his house to showcase his intent, but a chance encounter would change his, and fate of Hyderabad.

“In those days, because of National Games and the Afro-Asian Games, lot of sports infrastructure was built, including the Gachibowli Stadium, KVB Reddy Stadium, etc. But I wanted to create a facility matching the best in the world, the kind I had seen as a player,” said Gopichand.

Entrepreneur and serial investor Nimmagadda Prasad pledged Rs 5 crore over a conversation to fuel Gopichand’s dream to create the fountainhead of sports excellence. Fused, the passion of Gopichand and a carte blanche financial backing from Nimmagadda Foundation helped create the stadium that has now created a plethora of champions – Saina Nehwal, Parupalli Kashyap, P. V. Sindhu, B. Sai Praneeth, Srikanth Kidambi, and in doubles, Satwiksairaj Rankireddy and Chirag Shetty.

What makes a champion though? Many factors combine, said P. V. Ramana, Arjuna Award winner in volleyball and Sindhu’s father. “Initially, it is the parents and their support that makes the difference; later on, coaches and facilities, and finally, the players themselves. If Hyderabad is today a powerhouse in badminton, it is because of the extraordinary vision and support of Nimmagadda Prasad and his backing. Once you have a facility like the one he funded, players are motivated and feel ready to take the world stage.”

N. Sikki Reddy, speaking to Deccan Chronicle, before boarding a flight to Indonesia, along with Sindhu and others, said, “the biggest turning point for many players, after the  Nimmagadda-Pullela Gopichand Academy, was the Premier Badminton League. I was part of the winning team owned by Mr Prasad. The entire winnings of Rs 1.5 crore was shared among players and support staff. Money is a crucial support without which players cannot reach their goals.”

Speaking about her job with an oil PSU, she added, “it takes between Rs 25 to 35 lakh a year for a player to train, maintain match readiness and to actually go participate. PBL made that difference, and I owe it to mentors like Prasad and the coaching of Gopichand.”

Asked if a combination like this could be replicated in other sports, Mr Ramana said, “If there is a Nimmagadda Prasad like businessperson supporting each sport, India can create many more great players.”