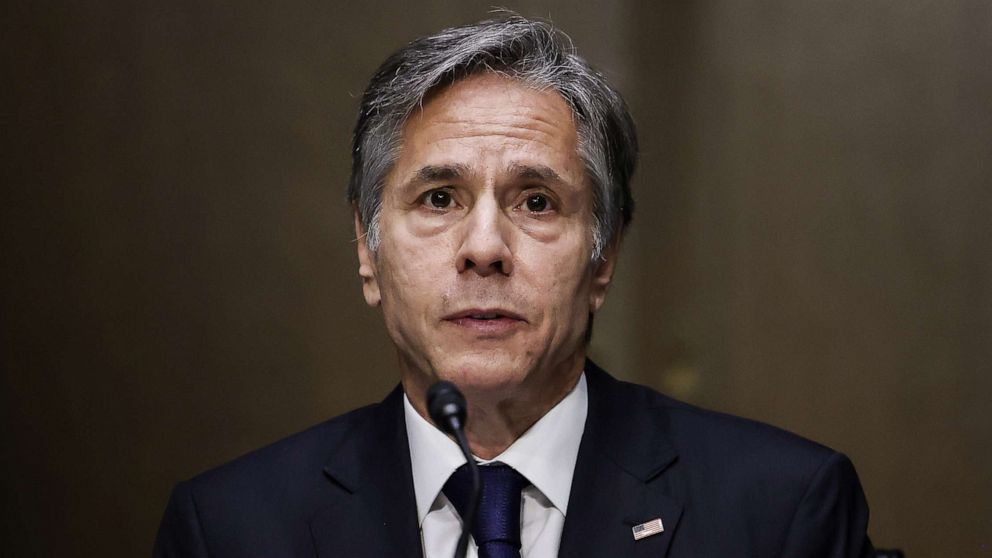 In his most extensive remarks yet on the issue, Blinken said the incidents have inflicted “profound” physical and physiological harm on those impacted.

“All of us in the U.S. government, and especially with the State Department, are intently focused on getting to the bottom of what and who is causing these incidents, caring for those who have been affected and protecting our people,” Blinken said.

Symptoms include headaches, dizziness, cognitive difficulties, tinnitus, vertigo and trouble with seeing, hearing or balancing. Many officials have suffered symptoms years after reporting an incident, while some have been diagnosed with traumatic brain injuries.

For almost five years now, the issue — which the Biden administration has labeled “anomalous health incidents” — has vexed U.S. officials, who don’t know who or what is behind it.

In an effort to learn more, Blinken confirmed Friday that the State Department has deployed new technology to U.S. missions around the world to help understand the cause.

“The details I can provide on this are limited as well, but I can say that new technology is helping us more quickly and thoroughly evaluate a variety of potential causes of these incidents, and we’ve distributed across posts so that we can respond rapidly to new reports,” he said.

He encouraged employees with any knowledge of an incident to come forward.

“There is absolutely no stigma in reporting these incidents. And there will of course be no negative consequences of any kind,” Blinken said. “On the contrary, reporting means that we can get people the help they need. And by reporting, you can help keep others safe, and help us get to the bottom of who and what is responsible.”

American diplomats, spies, and other officials have reported symptoms in nearly a dozen counties, starting in Cuba and expanding to China, Russia, Uzbekistan, and more. Most recently, cases were reported among staff and families at the U.S. embassy in Colombia, weeks before Blinken arrived for a visit.

But it’s unclear how many reported incidents are confirmed to be episodes of what many victims insist are attacks.

Both the Trump and Biden administrations have been accused by victims and other officials of not doing enough to provide medical care to affected personnel or not sharing enough information about reported incidents as they happen.

Blinken acknowledged the administration could do better and committed to more transparency. He met a group of affected personnel in Bogotá last month, telling them “their case is an absolute priority for him,” a senior State Department official told ABC News.

President Joe Biden signed the HAVANA Act last month, which authorizes the CIA director and the secretary of state to provide affected employees with financial support for brain injuries under detailed criteria. It also requires both agencies to report to Congress on how those payments are being made and whether additional action is needed to aid victims.