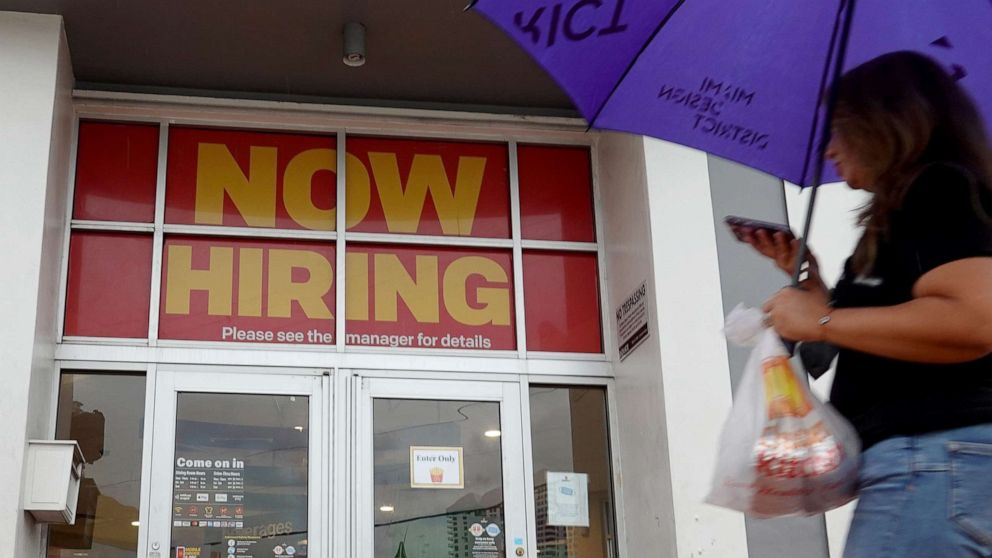 The number of people who quit their jobs rose to a record high in September, the Department of Labor said Friday.

Some 4.4 million workers, or 3% of the total workforce, quit their jobs in September, the DOL said, marking the highest number since the government started tracking the data. Moreover, the number of job openings in September was 10.4 million — tying August for the second-highest figure ever recorded and down only slightly from the record 10.9 million job openings seen in July.

The layoffs and discharge rate, meanwhile, was unchanged at 0.9% in September.

The fresh data reflect an ongoing trend among U.S. workers who are reevaluating their work situation and life following the shock of the pandemic.

Job quitting increased in several industries in September, according to the data, with the largest increases seen in the arts, entertainment and recreation sector and in the state and local government education industry.

The record-high levels of people quitting their jobs, combined with soaring job openings, have left many major companies reeling to find staff. Workers now have an upper hand in the labor market that has been linked to a spate of strikes and new employee activism.

Thousands of workers at John Deere remain on strike and new unionization efforts have emerged at major companies including Amazon and Starbucks.

The crunch for workers as the economy reopens has also been linked to rising wages, especially in the service industry where wages were largely stagnant for years before the pandemic.

Preliminary data from the Labor Department indicates that the average hourly earnings of all employees in food and drinking establishments soared to a record high of $17.58 in September, a figure that has slowly climbed each month in 2021.

The overall unemployment rate still remains elevated compared to pre-pandemic levels. The unemployment rate last month was 4.6%, still above the 3.5% seen in February 2020 before the pandemic upended the labor market.