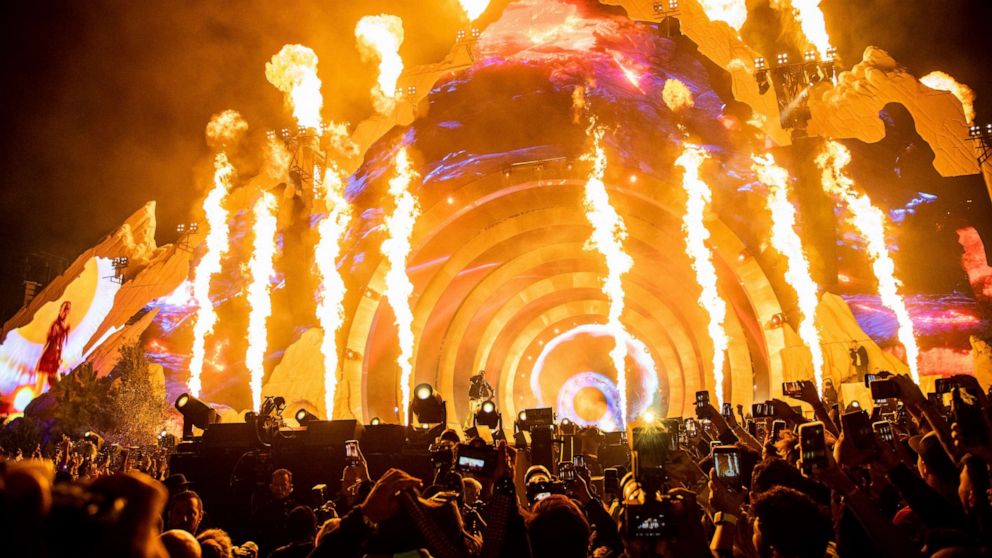 In now-viral online videos, 18-year-old Ayden Cruz can be heard screaming at Astroworld employees to “stop the show” as rapper Travis Scott continues to perform in the background at the Nov. 5 concert that resulted in eight deaths.

He and his girlfriend were being trampled in the crowd of at least 50,000 people, and after the two were saved and picked up by strangers, Cruz managed to exit the area and climb onto a cameraman’s platform, pleading with staff to get help for the dying attendees and other desperate concertgoers.

“The people behind me start falling down. … The crowd moves and I fall down on top of them, like, on top of their bodies, and I can hear the people in agony,” Cruz said in an interview with “Good Morning America.” “I just remember just having so much weight on my body. And I was pushing. I was fighting and then I stopped because I was getting winded. I was using all the energy I had left in me and I came to the point where I was accepting my death.”

Psychologists and trauma experts say that Astroworld attendees — especially those like Cruz who tried to stop the chaos — may experience physical and mental trauma following the Houston music festival.

“They may be asking themselves a lot of questions about how the event could or should have been prevented or blaming themselves or other people around the event and all of those are super common reactions,” said Dr. Debra Lee Kaysen, a professor of psychiatry and behavioral sciences at Stanford University.

Experts say waves of emotions — fear or even guilt — in the weeks or months following an event of this magnitude are common and that many attendees will be left to wonder if they could have done more to fix the situation.

“It makes me want to make sure this never happens ever again,” Cruz said, urging event organizers to work to prevent similar tragedies in the future.

According to Houston police and witness accounts, a wave of tens of thousands of people surged toward the stage when Scott — and later, rapper Drake — appeared. Concert attendees say they were pushed into one another from all sides, and as the crowd pressed its way forward, some began to fall, pass out and get trampled by others in the audience.

“As soon as it feels like a brick wall, I start screaming, ‘Help,'” Cruz said. “I see my girlfriend. She’s starting to get pushed under people’s arms. And then it just becomes survival mode. People are using other people to get leverage above the crowd because they can’t breathe, and people were using my girlfriend as leverage and it was scary.”

Kaysen said that right after a traumatic experience, especially one of this level of severity, most people are likely to have reactions that resemble post-traumatic stress disorder, which is often not diagnosed in the immediate aftermath of an event for this reason.

Attendees may have nightmares, memories of the event that they can’t keep out of their mind and may be triggered by certain sights, smells or tastes associated with the event. They may also have trouble sleeping or concentrating.

“Seek help — it is OK not to be OK,” said Dr. Darien Sutton, an emergency physician and ABC News Medical correspondent. “We shouldn’t normalize it. When you have experiences that are so traumatic, many people in their minds think they can deal with it on their own, but it’s really important to seek out some type of professional help.”

Kaysen said that it’s human nature to try to push away emotions because they’re painful. “But by trying to push it all away and not think about it, it makes it more likely you’re not going to recover,” she said, adding attendees should try to avoid images, videos and news media from the traumatic event.

Following the concert, Scott released a statement on the tragedy on Twitter, saying, “I’m absolutely devastated by what took place last night. My prayers go out to the families and all those impacted by what happened at Astroworld festival.”

Scott announced he will cover the funeral costs and further aid to individuals affected by the tragedy and will refund all of the Astroworld concertgoers and ticket holders. He has also said he is cooperating with investigators.

Cruz, who has been branded as a hero for trying to help stop the chaos, thanked the many people who helped save lives that night.

“There are as many heroes who didn’t get on that camera that night, and I want to thank them. And you know who you are,” Cruz said. “If you helped those people who helped me, I feel like I owe you. I owe you so much. … You saved the love of my life. Thank you.”