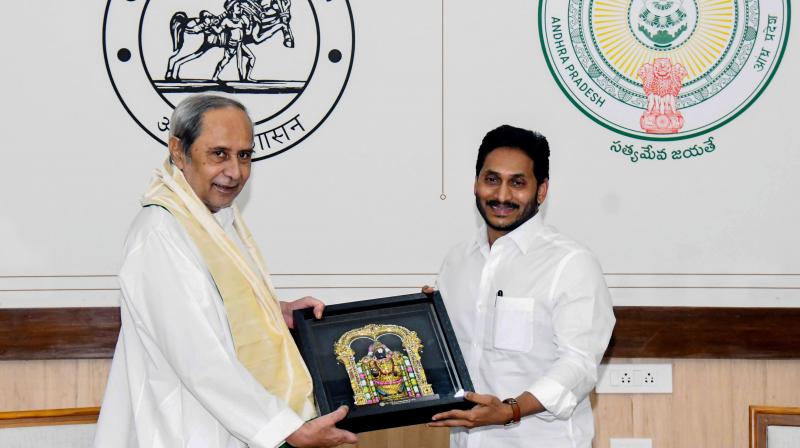 BHUBANESWAR: Opposition leaders in Odisha are not happy with the way Chief Minister Naveen Patnaik conducted his talk with his Andhra Pradesh counterpart Jagan Mohan Reddy on Tuesday.

Leaders of the Bharatiya Janata Party (BJP) and Congress, the two major opposition forces in the state, on Wednesday alleged that when Jagan Mohan Reddy came fully prepared for the talks, the Odisha CM failed to effectively put forth long-pending issues, including water disputes and authority over Kotia cluster of villages, it has got with Andhra Pradesh.

Senior Congress leader Taraprasad said when both the CMs were holding discussions in Bhubaneswar, AP officials were busy distributing ration cards and other items in the Kotia cluster of villages.

“The officials of AP also distributed voters identity cards to people in Kotia. As per media reports, AP has already wooed several villages of Kotia region to its side.”

“AP has already got whatever it always wanted from Odisha. Now, it requires some more acres of lands for completion of Neradi barrage project and Jhanjavathi reservoir. When the people of Odisha were affected by these two projects, Naveen Patnaik did not draw his AP counterpart’s attention to it. Nor did he protest AP’s encroachment of Kotia villages and infringement in local administrations there,” the Congress leader claimed.

“The AP CM wants to complete Neradi barrage project. His government says that this project requires 106 acres of more land from Odisha for completion. Actually, the project requires more than 2,000 acres of land from Odisha side. In Polavaram, AP wants to build guard walls which will lead to massive submergence on Odisha side. Is it acceptable to us? Why didn't the CM raise all these issues” asked Buxipatra.

Stating that AP was drawing water from Jhanjavathi river by constructing a rubber barrage across it, the BJP leader said the neighbouring state had been drawing almost all water from rivers from originating from Odisha by constructing several dam projects in the lower catchments.

“As per a direction of the Supreme Court, the AP CM came for formal discussion with the Odisha government. However, the truth is that he came here only after his state had successfully grabbed huge chunks of forests, water resources, sands and granite stones from the bordering villages of Odisha. I don't think the institutional mechanism that both the CMs declared on Tuesday to come up will be of any help to Odisha. It's very unlikely Odisha will get back what it has already lost to Andhra Pradesh unless the Odisha  Chief Minister Naveen Patnaik asserts our positions on different issues immaculately," said the BJP leader.

Senior BJD leader Ashok Chandra Panda sought to defend the Odisha government saying that Naveen Patnaik was well aware of all the issues and the state government is trying to resolve them through mutual dialogues. “The Opposition must not worry much. Both the CMs have declared to resolve all the contentious issues through dialogues. We are neighbouring states with a long history of mutual cooperation. Everything will be resolved through discussions," said Panda.