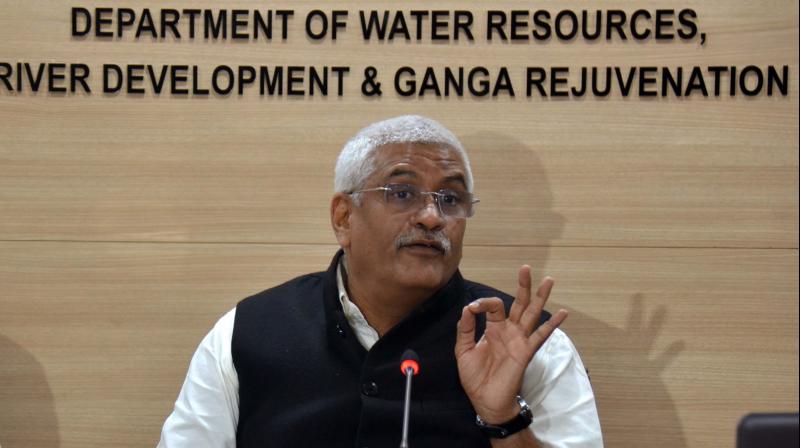 Addressing a press conference in Delhi, Shekhawat held Rao responsible for the delay stating that due to a case filed by the Telangana state government in the Supreme Court on Krishna waters dispute in 2015, the Centre could not initiate any steps as the matter was sub judice.

“He (Rao) took my name in his press conference. I have the responsibility to clarify his remarks. I wish to understand how the Centre or myself could be held responsible for the seven-year delay. The delay was because he (Rao) chose to file a case in the Supreme Court in 2015 seeking to constitute a fresh tribunal for sharing of Krishna waters among TS, AP and other states. The case was pending for all these years. When the matter is sub judice, how can the Centre initiate steps to resolve disputes among states?" Shekhawat questioned.

The Union minister stated that in fact it was he who had made a beginning to break the deadlock by convening an Apex Council meeting with Chief Ministers of Telangana state and Andhra Pradesh in October 2020.

Addressing a press conference at Pragathi Bhavan on Monday, Rao had expressed anger at the Centre and named Shekhawat accusing them of taking seven years’ time just to refer Krishna water sharing issue to a new tribunal. Rao had said that he withdrew the case from the Supreme Court as promised but the Centre failed to resolve waters disputes between Telangana state and Andhra Pradesh even after seven years.

“KRMB and GRMB were constituted as per the provisions of the AP Reorganisation Act, 2014, which was passed by both the Houses of Parliament. It’s the law of the land. How can he say it’s a drama?” Shekhawat remarked.