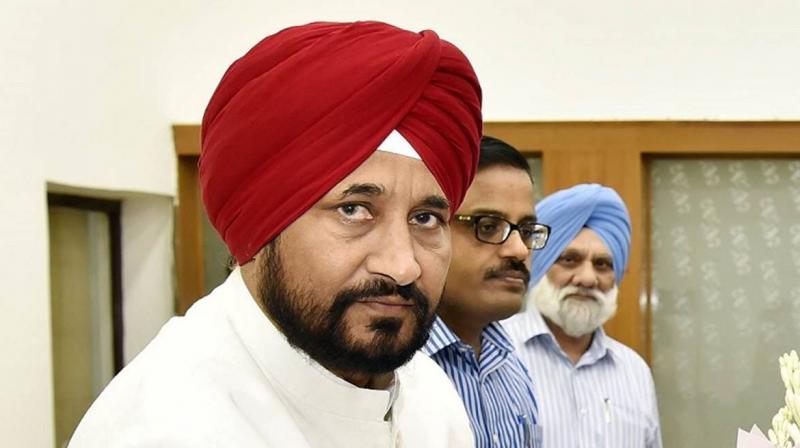 New Delhi: Punjab chief minister Charanjit Singh Channi faced flak from leaders of his own party on Wednesday for ousting the advocate general, with former state Congress president Sunil Jakhar calling him a "really compromised CM”. Senior Congress leader Manish Tewari, who is an MP from Anandpur Sahib, also took a swipe at his own party government over the issue, saying politicising the AG’s office "undermines" the integrity of constitutional functionaries.

The remarks came after the Channi government on Tuesday accepted the resignation of advocate general A.P.S. Deol, yielding to the pressure mounted by Punjab Congress chief Navjot Singh Sidhu for replacing the state's AG.

"Since the Punjab government is going to appoint (a) new advocate general, they would be well advised to peruse Rules of Professional Standards prescribed by Bar Council of India… An advocate is bound to accept any brief in the courts or tribunals or before any other authority in or before which he proposes to practise," Mr Tiwari said quoting the rule of Bar Council of India. He further added, “He should levy fees which is at par with the fees collected by fellow advocates of his standing at the Bar and the nature of the case. Special circumstances may justify his refusal to accept a particular brief. Politicising AG's office undermines the integrity of Constitutional functionaries.”

A major tussle had been going on between the Congress state unit chief Navjot Singh Sidhu and chief minister Charanjit Singh Channi. Mr Sidhu had been demanding the removal of the advocate general, while Mr Channi wanted him to continue.

Mr Sidhu had also been targeting his own party government over the appointment of officiating director general of police Iqbal Preet Singh Sahota who was the head of the special investigation team formed by previous SAD-BJP government to probe sacrilege incidents.

Mr Jhakhar, the former Congress chief of Punjab, tweeted: “The ouster of a competent yet 'allegedly' compromised officer has exposed a 'really' compromised CM. Giving rise to a pertinent question — Whose government is it anyway?"

Last week, Mr Sidhu had said that he had withdrawn his resignation as the Punjab Congress chief but had also put a precondition that he would resume the charge the day a new advocate general is appointed. Now Mr Sidhu wants the DGP to be replaced. Many feel that the new government after Captain Amarinder Singh is busy “catering to the demands of Mr Sidhu” rather than concentrating on the assembly elections early next year.

On Monday, Mr Sidhu, while targeting the state government over the advocate general and DGP had said, "(Either) choose compromised officers or the PPCC chief."