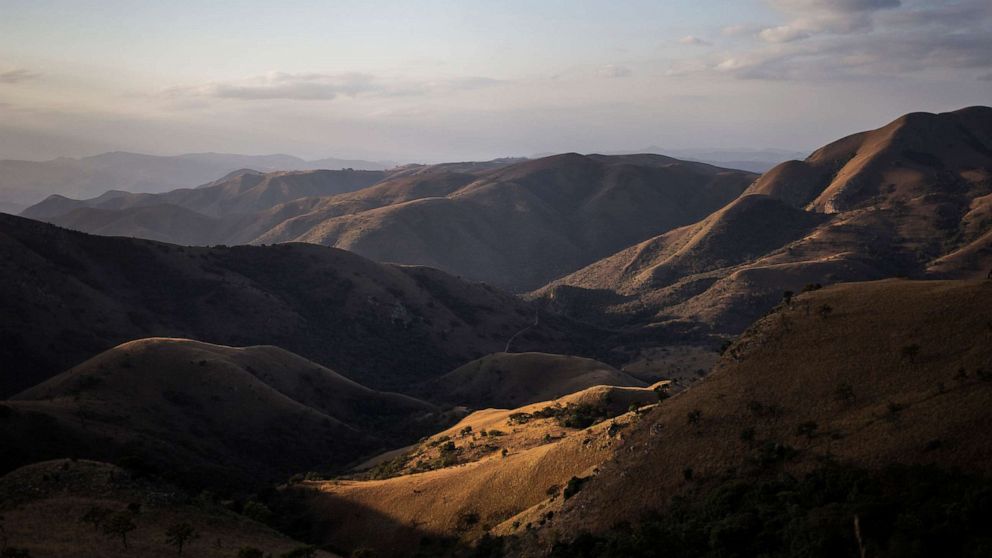 Earth’s first continents may have emerged from the oceans roughly 750 million years earlier than previously thought, rising from the seas in a manner completely unlike modern continents. These early masses of solid rock may have floated buoyantly atop magma welling up from below, a new study finds.

Unlike any other known planet, Earth possesses both continents and oceans on its surface. The emergence of land from sea greatly influenced Earth’s atmosphere, oceans, climate and proliferation of life. For instance, the runoff from continents is the primary source of a number of key nutrients for the oceans, such as phosphorus, which is needed to create DNA and other biological building blocks.

“The delivery of these essential nutrients to the oceans on the early Earth was critical in establishing and maintaining the earliest life-forms,” said study co-author Priyadarshi Chowdhury, a geologist at Monash University in Melbourne, Australia. “The emergence of the first landmasses was therefore a pivotal event in our planet’s history.”

When and how Earth’s earliest continents, the cratons, first rose above the oceans remains uncertain. Previous research suggested this emergence began roughly 2.5 billion years ago and was driven by plate tectonics — the drifting, crashing and diving of the giant plates of rock that now make up Earth’s surface.

In the new study, the researchers focused on the Singhbhum Craton, an ancient continental fragment making up parts of eastern India that hosts some of the oldest soils on Earth. They analyzed volcanic and sedimentary rocks dating 3.6 billion to 2.8 billion years old to help model the timing and mechanisms of the craton’s emergence from below the ocean’s surface.

Previous research on continental emergence usually focused on faint traces found in rocks that recorded changes in global ocean chemistry due to the emergence and erosion of continents. “However, because oceans are so large, it may take tens or even hundreds of millions of years for their chemistry to change enough on a global scale to be recorded by the geochemical signatures preserved in the rocks studied by geologists,” said study co-author Jacob Mulder, a geologist at the University of Queensland in Brisbane, Australia.

In contrast, the new study focused on exceptionally rare sedimentary rocks deposited in rivers and beaches on top of the earliest cratons. The ages of microscopic zircon grains in these ancient stones “provide perhaps the most direct and unambiguous constraint on the timing of early continental emergence,” Chowdhury noted.

The new work suggests Earth’s cratons first started emerging up to 3.3 billion years ago, roughly three-quarters of a billion years earlier that most prior models predicted. In addition, the researchers noted that plate tectonics likely did not play a major role in the rise of these cratons.

The chemical breakdown of continental rock traps the global warming gas carbon dioxide. “The emergence and weathering of the earliest landmasses on the Earth between 3.3 billion and 3 billion years ago would have sequestered carbon dioxide from the atmosphere and lead to global cooling,” Chowdhury said. “Indeed, this hypothesis is supported by the first appearance of glacial deposits in the geological record around 3 billion years ago.”

In addition, “the fundamental changes in Earth’s surface environments triggered by continental emergence were also critical to the development of some of the world’s most important ore deposits,” Mulder said. “For example, Earth’s largest iron ore deposits formed in the shallow seas surrounding newly emergent continental crust. Our study will help towards developing the next generation of models for understanding the formation and location of metallic ore deposits that underpin modern society.”

Geologist Michael Brown at the University of Maryland, who did not take part in this study, noted further research was needed on all major cratons spanning the same time frame to get a complete picture of craton rise.

“Similar studies of other ancient continental fragments will provide a better understanding of the timing and extent of the onset of continental emergence on a global scale,” Chowdhury said.

The scientists cautioned they were unable to resolve how much continental land early Earth possessed. Better estimates of how much exposed land existed roughly 3 billion years ago “is of paramount importance to understand the evolution of various geochemical cycles operating on Earth,” Mulder said.

Additionally, it remains uncertain how flat the first continents were. “Were the early continents mostly flat laying, or did they contain significant topography, like large mountain ranges?” Chowdhury said. Such topography would have influenced the rate at which continental material eroded and flowed to early oceans, he noted.

The scientists detailed their findings online Nov. 8 in the journal Proceedings of the National Academy of Sciences.