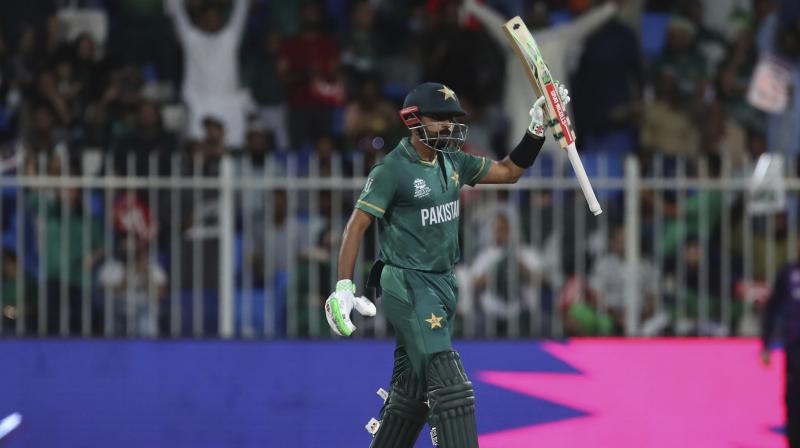 Karachi: Pakistan's Australian batting consultant Matthew Hayden has no doubt that Virat Kohli has so far achieved a lot more than the younger Babar Azam but the Pakistan skipper is second to none when it comes to "consistently reacting to the ball".

During an interaction with Pakistani journalists from Dubai, Hayden said comparisons between Babar and Kohli were expected because of their high batting calibre and since both were captains.

Hayden, who has worked with the Pakistan team in the T20 World Cup in UAE, however, felt that Babar was not overly flamboyant like Kohli.

"Babar and his personality is, as you see, what you get," Hayden said.

"He is very consistent. He is very stable. He is not overly flamboyant."

"They are opposites the way I look at it. Babar is pretty calm most of the time and goes about his captaincy and batting meticulously while Kohli is very animated, very passionate, and very boisterous on the field," he added.

Hayden, one of Australia's best openers, said that Kohli had achieved a lot more as a world-class batsman and had also led the Indian team with distinction in all formats.

"Babar is still young as a captain but from what I have seen he is learning everyday and he is a quick learner."

Hayden also talked about Babar's qualities as a batter.

"I think I see Babar has a lot of control when batting and he has a solid temperament. Just to give you an insight into that talent, his ability to consistently react to the ball is second to none from what I've seen."

Hayden felt that Babar's ability to quickly pick up the line and the length of the ball is quicker than the average cricketer.

"That is the mark of someone that is a very fine player," he added.

"I think his consistency stems from these attributes: the way he reacts quickly and how quickly he learns things.

"His reaction time and his ability to play a consistent version of his best self means he doesn't have to have all the innovations, he doesn't have to be striking with any increase or decrease in his temperament. He can remain neutral," he said.

Hayden also felt that Babar has the ability to up his strike rate in the middle overs through natural and conventional cricket shots.