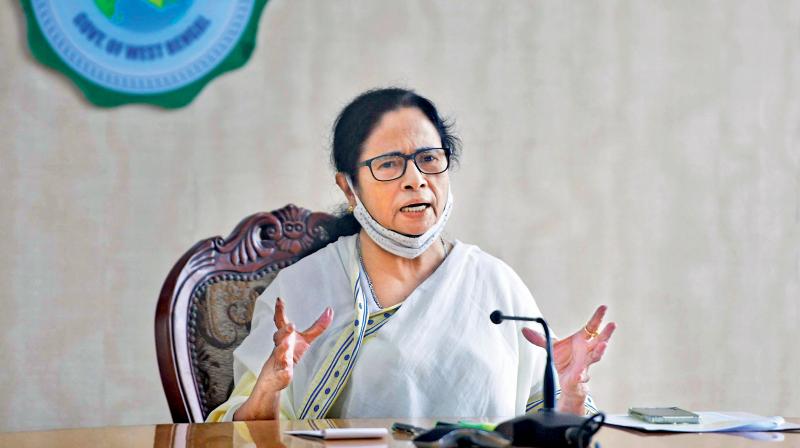 Kolkata: In a major state Cabinet reshuffle, West Bengal chief minister Mamata Banerjee on Tuesday took over the finance portfolio, till now held by Amit Mitra, and made him her principal economic adviser with the rank of a state Cabinet minister.

With this, the Trinamul Congress supremo also became the first CM of the state to become home minister as well as finance minister as the number of her portfolios grew to nine.

Dr Mitra earlier became the state finance minister without contesting the Assembly election earlier this year but could continue in the post only till the first week of November and also due to his ill-health. He could not be a minister beyond the statutory six-month period as he was not a member of the Assembly, and had to step down.

His new role is to “advise and aid the CM and finance department on all matters relating to management of state finance; represent the state government at national and international events/meetings/committees as per desire of the state government; examine important proposals/files and policy issues relating to all financial matters which are referred to him for advice/views”.

Dr Mitra “shall be entitled to emoluments, allowances and perks as admissible to a Cabinet minister of the state government”, the order said. Ms Banerjee earlier made 1987 batch IAS officer Alapan Bandopadhyay her chief adviser after his retirement as chief secretary in controversial circumstances over five months ago.

The CM also made her Cabinet colleague, Chandrima Bhattacharya, the minister of state for finance to assist her like she does in the state health department. Ms Bhattacharjee is also state municipal affairs and urban development minister.

Ms Banerjee distributed the panchayat and consumer affairs portfolios, which fell vacant after the death of Subrata Mukherjee, among two of her Cabinet colleagues, Pulak Roy and Manas Bhuniya, respectively.