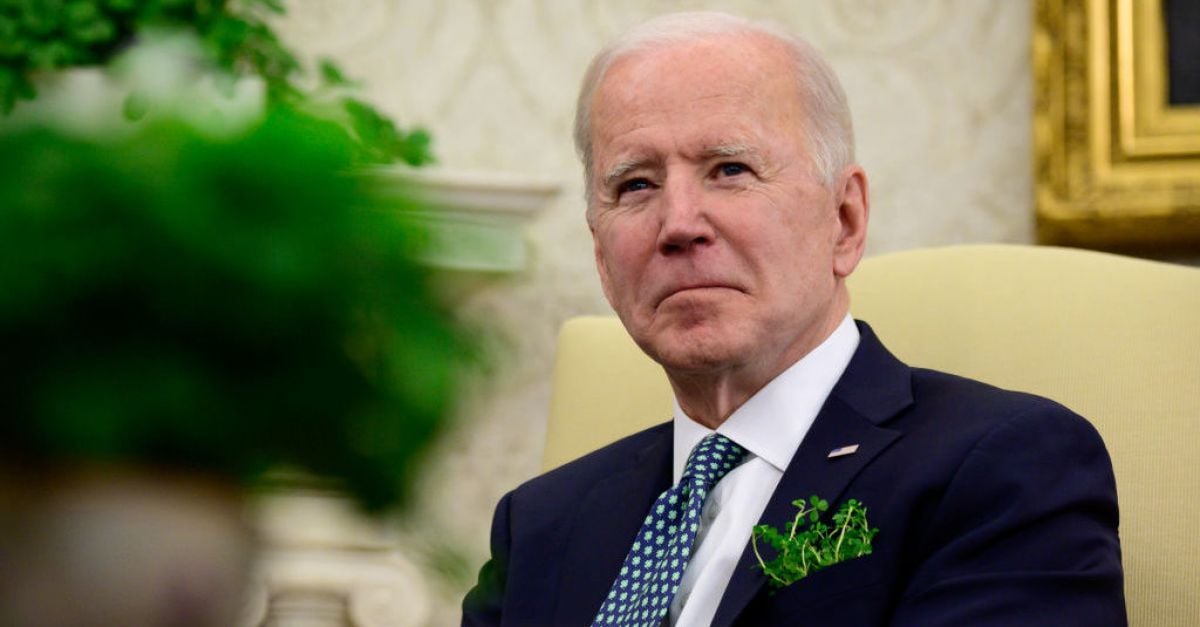 US president Joe Biden has personally congratulated the Ireland rugby team following Saturday’s victory over the All Blacks.

Irish Rugby tweeted an image showing a video call with Mr Biden, who spoke with the players after the win in the Aviva Stadium.

In the social media post, Irish Rugby said it was “incredible” to have president Biden address the team following the victory.

According to The Irish Examiner, Mr Biden also called Taoiseach Micheál Martin to offer his congratulations following the win and discussed his own experiences playing American Football while in college.

Incredible to have @POTUS address the team after today’s win over the @AllBlacks! 🤝#TeamOfUs #IREvNZL pic.twitter.com/aUTkqEYN2a

Ahead of Saturday’s game, Mr Biden, who often speaks about his Irish connections, also wrote a letter to the team, offering his “best wishes” as they prepared to face the New Zealand All Blacks.

Within the letter, the US president described the 2016 victory over the All Blacks as a “historic moment in Irish rugby” and said that he would be cheering the Irish team on once again.

“I was thrilled to congratulate the entire team, especially my cousin Rob Kearney, back in 2016 when you first beat the All Blacks in Chicago- a historic moment in Irish rugby,” he wrote.

“Since then, you’ve beaten the All Blacks in 2018, and I know that you can do it again this year.”

“Fans in Aviva Stadium, throughout Ireland, and around the world will be rooting for another victory,” he said.

Offering the team an “Irish blessing”, he wrote: “Wherever you go and whatever you do, may the luck of the Irish be there with you.”

“My grandfather, Ambrose Finnegan, would always say, ‘Keep the faith,’ and then my grandmother Blewitt would add, ‘No, spread it’. So, go spread the faith,” he continued.

“I’ll be cheering for you.”

Ireland claimed another famous victory over the All Blacks on Saturday. It was Ireland’s third win over the number one-ranked side in the world since 2016.