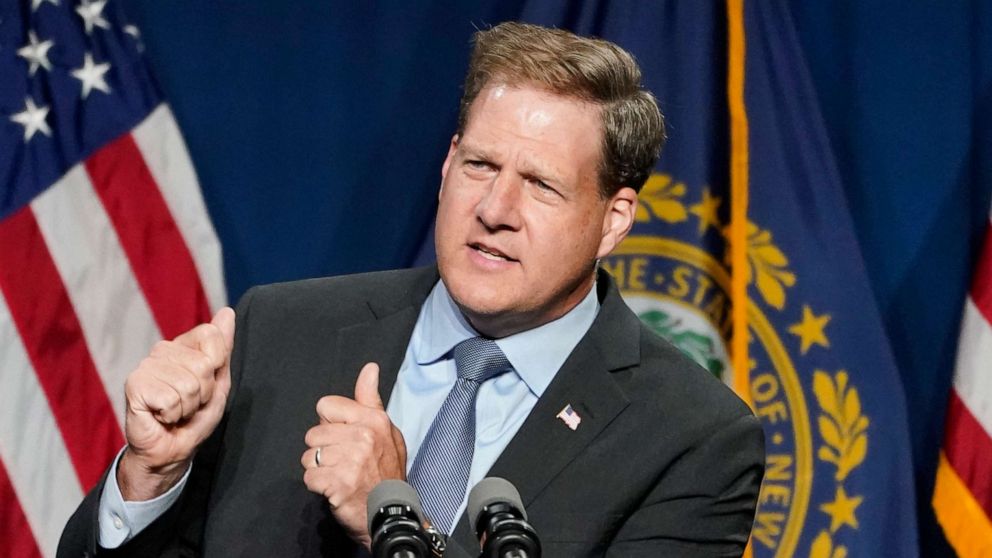 New Hampshire GOP Gov. Chris Sununu announced Tuesday that he will not run for Senate in the 2022 midterms, likely hurting Republicans chances to gain a seat in Washington.

Instead, Sununu plans on running for his fourth term as governor.

While many anticipated he would announce a Senate run, Sununu, speaking at a news conference at the governor’s mansion, said his “responsibility is not to the gridlock of and politics of Washington.”

The 2022 midterms are key for Republicans to gain back majorities in Congress — needing to scoop only one seat in the Senate and nine seats in the House.

Sununu acknowledged the importance of the race in gaining back the party’s Senate majority, but said the office is not his “style.”

The race “is clearly seen as one of the best opportunities America has to have a 51st vote to stop Chuck Schumer from implementing what we all see as a losing agenda for America,” he said.

Sununu was seen as a formidable challenger to Democratic Sen. Maggie Hassan, who is running for reelection.

Two Republicans have filed for candidacy to challenge her, and her campaign recognizes the race will be hard-fought no matter who emerges as the Republican candidate, Hassan’s campaign manager Aaron Jacobs said in a statement.

While Sununu ruled out running for Senate next year, he didn’t completely close the door on heading to Washington.

Short of saying he is considering a run for president in 2024, Sununu said he might be open to a Cabinet position later in the future.

Sununu admitted that at one point he was leaning towards running for Senate. But after speaking with other senators, he said he realized he could have more of an impact as governor.

“I’d rather push myself 120 miles an hour delivering wins for New Hampshire, than to slow down and end up on Capitol Hill debating partisan politics without results,” he said.