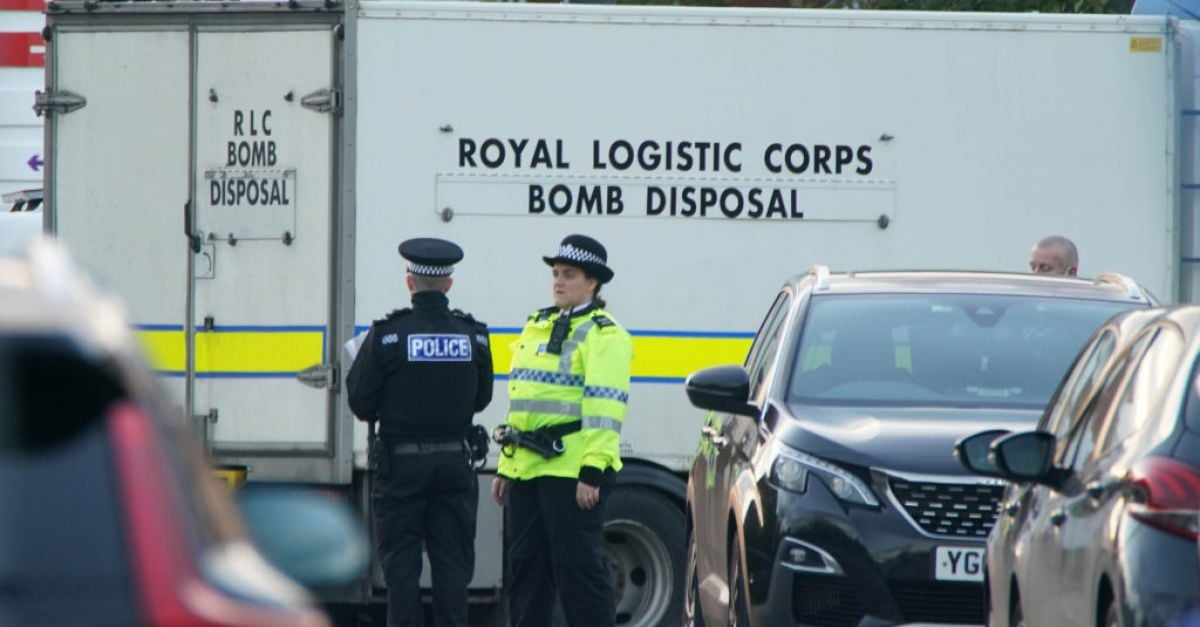 The mayor of Liverpool has praised a “heroic” taxi driver for his efforts to limit the impact when his car exploded in the city on Remembrance Sunday.

Three men have been arrested under the Terrorism Act after the blast involving the taxi at Liverpool Women’s Hospital at 10.59am, around a mile away from the city’s cathedral where a large Remembrance service was taking place.

The three men – aged 29, 26 and 21 – were detained in the nearby Kensington area of the city, while residents were evacuated as armed police were seen in Rutland Avenue, in the Sefton Park area, until the early hours of the morning.

The male passenger of the car was declared dead at the scene and is yet to be formally identified.

The driver, named locally as David Perry, was injured at the scene and remains in hospital in a stable condition.

Speaking on BBC Radio 4’s Today programme, the city’s mayor Joanne Anderson said: “The taxi driver, in his heroic efforts, has managed to divert what could have been an absolutely awful disaster at the hospital.

“Our thanks go to him and our emergency services, and authorities have worked through the night to divert anything further and we’ve all been on standby and in constant contact to provide any support that’s needed.”

However, she added it was important not to get drawn into speculation about the incident.

A friend of the driver claimed on Facebook he got out of his cab and locked the man in the vehicle after apparently noticing an explosive device.

Another said he was left with “pretty serious injuries” after taking the “brunt of the blast”, according to reports.

Conservative Party chairman Oliver Dowden, when asked about the driver’s reported actions, told Sky News: “Isn’t that the case, the contrast between the cowardice of terrorism attack and the bravery of ordinary Britons up and down the country who put other people’s lives before their own.

“Clearly we’ll have to see exactly what happened but if that is the case it is another example of true bravery and courage.”

Counter-terrorism police have said they are keeping an open mind about the cause of the explosion and are working closely with Merseyside Police and, according to reports, MI5.

The three arrests took place in Sutcliffe Street in the Kensington area of the city, where witnesses reported seeing armed officers swoop on a terraced house in the afternoon.

Sections of Sutcliffe Street and Boaler Street have been cordoned off, with a heavy police presence at the scene as inquiries continue.

A similar police cordon was in place at Rutland Avenue, where Greater Manchester Police said a small number of addresses were evacuated as a precaution.

Officers wearing vests marked Negotiator entered the cordon earlier on Sunday afternoon – before a number of residents were evacuated.

Earlier, images of a vehicle on fire, and later burnt out, outside the hospital were shared online.

A spokesman for Merseyside Police said: “So far we understand that the car involved was a taxi which pulled up at the hospital shortly before the explosion occurred.”

He told reporters at the scene the fire was extinguished “rapidly” but there was one fatality, adding: “Another individual had left the vehicle prior to the fire developing to the extent that it did.”

In a post on Twitter, Prime Minister Boris Johnson said: “My thoughts are with all those affected by the awful incident in Liverpool today.

“I want to thank the emergency services for their quick response and professionalism, and the police for their ongoing work on the investigation.”

Home Secretary Priti Patel said she was receiving regular updates on the incident.

Liverpool Women’s Hospital said visiting access had been restricted “until further notice” and there was an increased security and police presence on the site.

Patients were diverted to other hospitals where possible during most of Sunday.