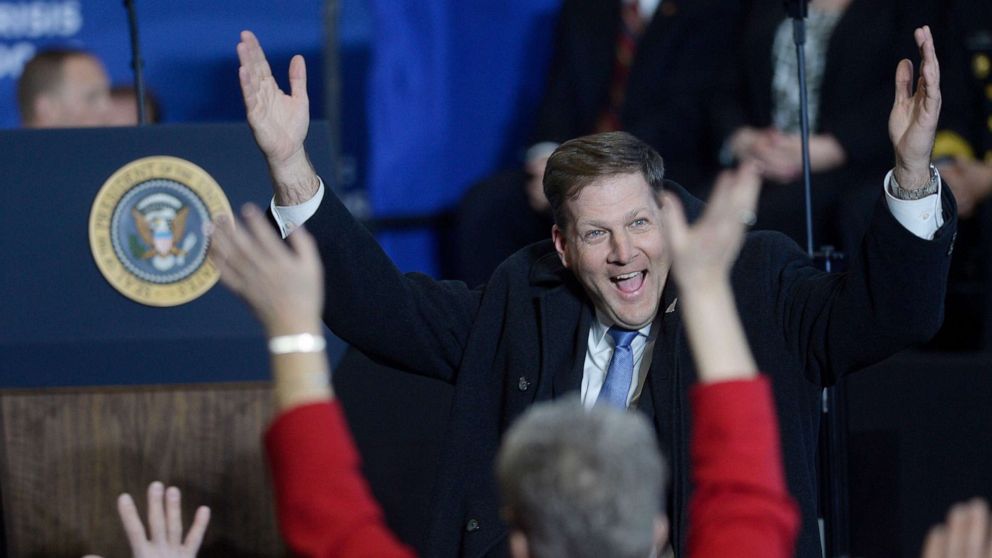 The recent history of the evenly divided Senate has been defined by near misses and could-have-beens, from Sharron Angle and Todd Akin through Cal Cunningham and both of January’s runoffs in Georgia.

As for 2022, Tuesday brought news that national Republicans’ efforts to lure New Hampshire’s Republican Gov. Chris Sununu into the race against Sen. Maggie Hassan were rebuffed. Sununu said flatly that running would have given the GOP “one of the best opportunities America has to have a 51st vote,” yet said he would run for governor again anyway.

Taking New Hampshire off the map could leave Republicans playing defense in as many states (Pennsylvania, Wisconsin, North Carolina) as they stand a realistic chance of beating a Democrat (Arizona, Georgia, Nevada). That doesn’t count the GOP-held open seats in Ohio or Missouri, or Sen. Marco Rubio’s reelection bid in Florida.

Meanwhile, former President Donald Trump’s endorsed candidate in Pennsylvania, Sean Parnell, this week was forced to testify in a custody battle and denied allegations that he assaulted his wife.

Trump’s favored candidate in Georgia, Herschel Walker, has also faced allegations involving women and his business practices. Messy primaries could define the first few months of a year in which Republicans hold huge hopes of gains.

It sets up a potentially interesting dynamic with the midterms now less than a year away. Republicans’ chances of netting the single seat they need to retake the Senate might be shrinking — even as their prospects at taking the House look brighter than ever.

Gosar has since deleted the tweet and said in a statement that the video was about “the fight taking place next week on the House floor” over Biden’s agenda.

White House deputy press secretary Karine Jean-Pierre said, “there is no place for that, for any type of violence or that type of language in the political system.” House Speaker Nancy Pelosi has also condemned the Twitter post and joined members of her conference in calling for an ethics and law enforcement investigation.

“He has no business being in Congress,” said Rep. Adam Schiff on ABC’s “The View” Tuesday. He later added, “[Republicans] are repeatedly glorifying violence and it’s not as if this is without the backdrop of the violence of January 6.”

House Minority Leader Kevin McCarthy has been quiet on the matter. The controversy comes as a reported effort is underway to punish 13 Republicans for a considerably lesser offense — voting in favor of the bipartisan infrastructure plan.

The fallout Tuesday came the same day as the passing of former Sen. Max Cleland, a Democrat and Vietnam war vet who lost three limbs in combat. During his 2002 reelection campaign, his GOP opponent, Saxby Chambliss, aired an ad that used images of Cleland just after photos Osama bin Laden and Saddam Hussein. That ad was widely condemned by members of both parties, including prominent Republicans. Nearly 20 years later, the tone and tenor of Congress is much different.

In an era in which elections feel like they never end, intraparty battles also appear to be on a perpetual loop. The latest example of existing divides among Democrats can be seen in the aftermath of the Buffalo mayoral race, in which incumbent Mayor Byron Brown launched a winning write-in campaign against Democratic Socialist India Walton, who beat him in the primary.

Walton, along with high-profile progressive activists from Our Revolution — a group that backs Sen. Bernie Sanders — is calling for Brown to be removed from his position on the Democratic National Committee. The added layer of tension to simmering dynamics between party wings does not bode well for party unification ahead of a crucial midterm year.

“Imagine how hard it will be to convince voters to ‘vote blue no matter who’ after this,” Walton tweeted Tuesday.

While it’s unlikely that Brown will be removed from his post, there is a recent precedent for candidates who lost to challengers in the primary stepping down from party positions. Longtime former Rep. Joe Crowley stepped down as chairman of the Queens Democratic Party after his loss to Rep. Alexandria Ocasio-Cortez.

ABC News’ “Start Here” Podcast. Wednesday morning’s episode features the reversal of a $465 million opioid ruling against Johnson & Johnson and what the move could mean for other cases against drugmakers, according to ABC News Senior Investigative Reporter Aaron Katersky. Then, ABC News Chief Business and Economics Correspondent Rebecca Jarvis talks about the holiday hiring sprees this season as some businesses still struggle to attract workers. And, ABC News’ Zohreen Shah reports on an IVF mix-up at a California fertility clinic. http://apple.co/2HPocUL