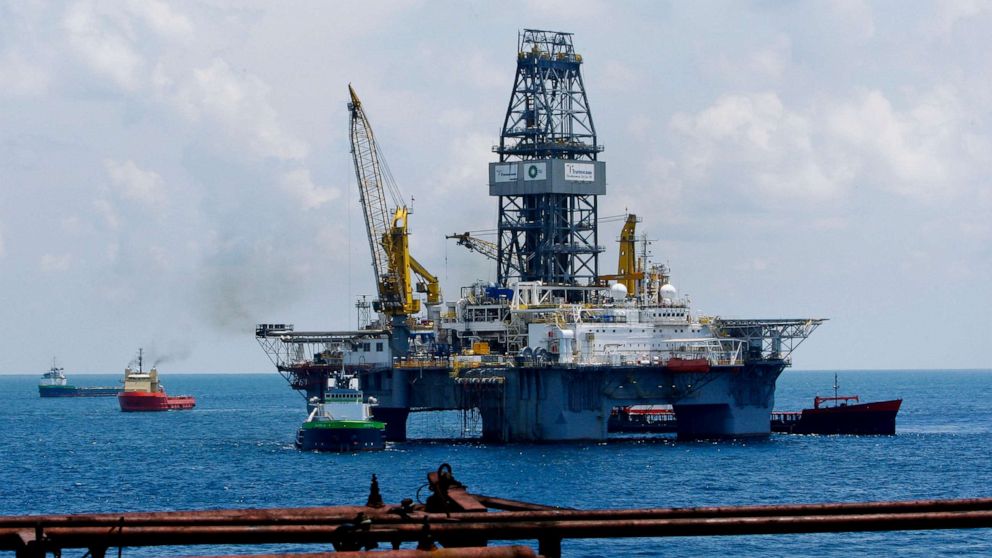 On the heels of his stirring plea at the just-completed Glasgow Climate Conference for “every nation to do its part” to solve the climate crisis, President Joe Biden’s administration is preparing this week to hold an auction for drilling rights in the Gulf of Mexico over impassioned objections from environmental organizations.

“It’s hard to imagine a more dangerous, hypocritical action in the aftermath of the climate summit,” said Kristen Monsell, a lawyer for the nonprofit Center for Biological Diversity. “Holding this lease sale will only lead to more harmful oil spills, more toxic climate pollution, and more suffering for communities and wildlife along the Gulf Coast.”

The auction, set for Wednesday, will grant oil companies the opportunity to bid on nearly 80 million acres of lucrative federal waters, which would produce an estimated 1.12 billion barrels of oil and 4.2 trillion cubic feet of natural gas over the next 50 years.

The winning bidder will have the right to build platform rigs up to 231 miles from shore and drill for oil at underwater depths of up to 11,000 feet. Environmental groups say the distance from shore and depth of drilling increases the likelihood of a repeat of the 2010 Deepwater Horizon oil spill, which caused 4 million barrels of oil to leak into the Gulf.

Brettny Hardy, an attorney with the environmental nonprofit group Earthjustice, said the development of those waters would amount to a “huge climate bomb” that would “compromise our future and move our climate action in the exact wrong direction.”

Biden promised to end new drilling on federal lands during his presidential campaign, and issued an executive order pausing the lease sales during his first week in office, pending a review of their environmental impact.

In June, however, a federal judge ordered the resumption of those lease sales, siding with 13 states that sued the administration for overstepping its authority.

The administration has appealed the judge’s ruling, but agreed to go forward with the leases while the matter works its way through the courts.

A spokesperson for the Department of Interior’s Bureau of Ocean Energy Management, which is tasked with coordinating the auction, said the administration is just adhering to the court’s orders.

“[The administration] is complying with a U.S. District Court’s injunction regarding [the auction] while the government appeals the decision,” said spokesperson John Filostrat. “The Biden Harris Administration is continuing its comprehensive review of the deficiencies associated with its offshore and onshore oil and gas leasing programs.”

The Interior Department said in August that, while it would adhere to the court’s ruling, it will also “continue to exercise the authority and discretion provided under the law to conduct leasing in a manner that takes into account the program’s many deficiencies.”

But environmental advocates argue that the Biden administration has not exhausted its legal “authority and discretion” — and in fact has several options at its disposal to delay or cancel the bidding.

“The administration has more than sufficient authority to choose not to hold the lease sale and to cancel it,” Monsell said.

The Justice Department could file an emergency injunction to pause the lease pending its appeal, according to Hardy, or make the case in court that the environmental effects of the sale could conflict with other federal laws, like the National Environmental Policy Act.

Monsell and Hardy are leading a coalition of environmental groups in suing the administration to prevent the auction from moving forward, with the goal of winning an injunction before the leases come into effect, which the government said would be on Jan. 1.

In a press release announcing their lawsuit, the environmental groups accused the Biden administration of “folding to the oil industry,” which has promoted the auction as “welcome news for the American worker and our national security.”

Neither the Interior Department nor the White House has responded to allegations that the administration is buckling to pressure from the oil industry.

In Glasgow, Biden promised a return of American leadership on climate change issues, pledging to halve greenhouse emissions by 2050.

“We’ll demonstrate to the world the United States is not only back at the table, but hopefully leading by the power of our example,” he said.

“This isn’t just hypocritical, it’s outright deceitful,” said Jeremy Nichols of WildEarth Guardians, a nonprofit environmental group. “It truly calls into question whether the Biden administration’s climate agenda is nothing but broken promises.”