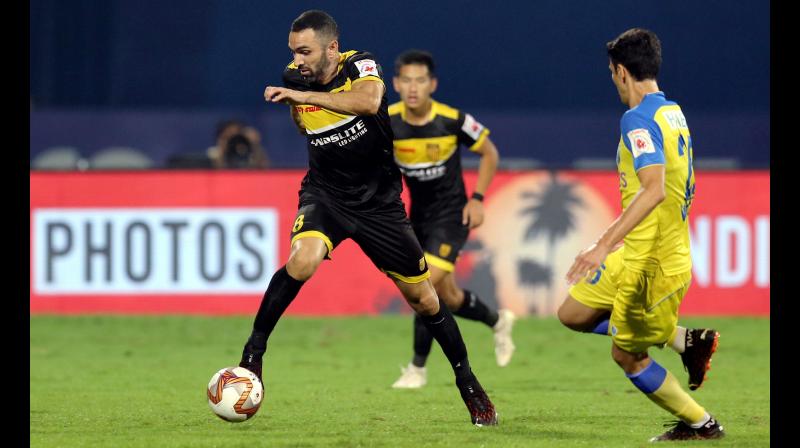 Joao, who served as one of the vice captains in the previous season, will be joined by goalkeeper Laxmikant Kattimani and striker Bartholomew Ogbeche to form the leadership group at the club. The duo will be the second and third in the hierarchy respectively.

"We had a really good captain in Aridane Santana last season and it is now my turn. But this will not change who I am and I will still be the same teammate," said the 33-year-old.

Joao joined Hyderabad FC in the club's second season in the Indian Super League and was a vital cog in Manolo Marquez's side who finished 5th in the previous ISL campaign. The midfielder signed a two-year extension till 2023 back in July this year.

The Brazilian star also added that the work of a captain is lot more than wearing the arm band on the field.

"Taking this role is about being a leader every day. It is all about how you respect players and how they respect you. They should feel that there is someone to help them no matter what," Joao said.

"Even last season, I think I was there supporting the youngsters and the whole team and this season as well, I will try my best to make them comfortable, to give them confidence but also push them when needed," he added.

On the field, the leadership group will follow the sequence, where in the absence of the first captain from action, the armband will be worn by the next captain in order.

Hyderabad FC kick off their campaign with a clash against southern neighbours Chennaiyin FC on November 23 at the Bambolim Stadium.