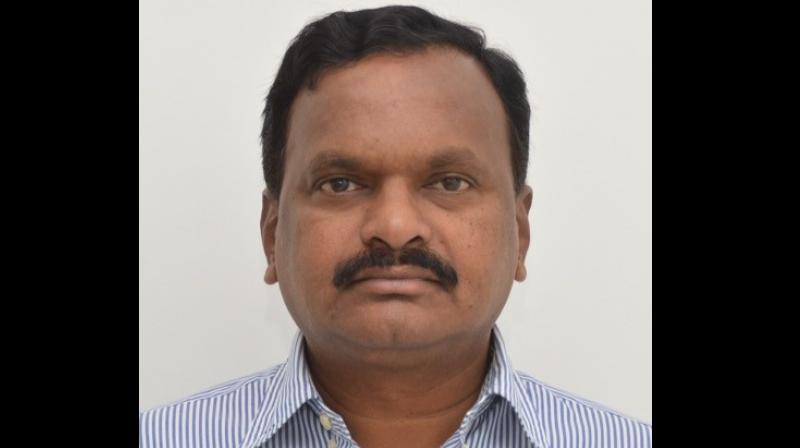 He submitted his resignation to chief secretary Somesh Kumar, at BRKR Bhavan, which was approved and he was relieved from the service with immediate effect. Soon after his resignation, Reddy went to the Pragathi Bhavan and met TRS president and Chief Minister K. Chandrashekar Rao. He
showered praises on the Chief Minister describing him as a 'visionary' who
made Telangana a frontrunner in the country in various fields within a span
of seven years.

Speculation is rife in the TRS circles that he would be either nominated as an MLC or will be given party ticket to contest as MLA in 2023 December Assembly polls from any constituency in Siddipet district.

Venkatrami Reddy, a 2007-batch IAS officer, has 10 more months of service
left as he is due for retirement in September 2022. Reddy is known as a close aide of Chief Minister K. Chandrashekar Rao in political and bureaucratic circles. He was posted as Siddipet collector in 2016, the district represented by the Chief Minister as well as finance minister T. Harish Rao.

Since then, he continues to work as Siddipet collector barring a period of one month during Dubbak Assembly bypoll in October 2020, when opposition parties accused him of working in favour of the TRS following which he was transferred and reappointed soon after the Dubbak bypoll in November 2020.

Venkatrami Reddy courted several controversies during his stint as Siddipet
collector. He was recently caught on camera threatening seed dealers that he
would send them to jail if they sold paddy seeds to farmers. He even said he
would care neither the Supreme Court nor the High Court even if seed dealers moved courts and obtained orders against his ban on sale of paddy seeds.

Venkatrami Reddy also created a controversy by touching the feet of the Chief Minister during the inauguration of the new Siddipet Collectorate
Complex in June this year and taking his blessings.

This invited criticism from all quarters who questioned how an IAS officer touch the feet of political leaders. However, Reddy justified his act saying that the Chief Minister was like a 'fatherly figure' to him and took his blessings on the occasion of the Fathers' Day.

Speaking to media personnel at BRKR Bhavan later, Reddy said, "I entered into the government services in 1991 as Group-I officer in undivided AP. I served for 26 years in various capacities. Now I want to join politics. I will join the TRS as and when directed by the Chief Minister."

He served as RDO in Machilipatnam, Chittoor, Tirupati and later as HUDA
secretary and the GHMC zonal commissioner. He served as joint collector and collector for seven years. Reddy hails from Indurthi village in Odela mandal in Peddapalli district.

"The last seven years of my tenure as collector and joint collector gave me
immense satisfaction. I made Siddipet district a role model in various spheres by following the instructions of the Chief Minister and minister Harish Rao. Several new schemes were launched in Siddipet. I am ready to
accept any responsibility given by the Chief Minister in the coming days,"
Reddy said.