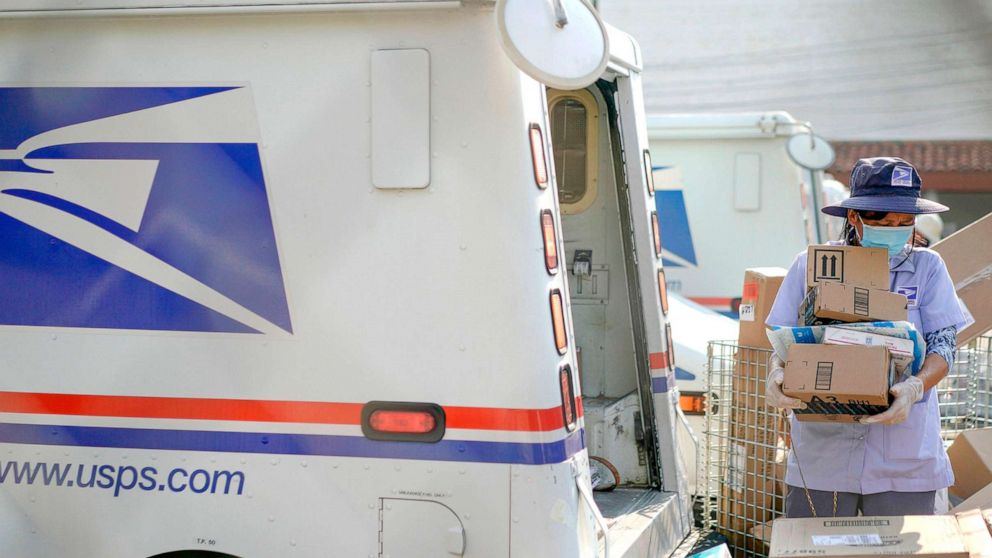 Even with a global supply chain crisis and growing fears of inflation, the U.S. Postal Service is projecting an unexpectedly rosy outlook for package delivery this holiday season.

Leaders at the government agency expressed confidence Wednesday that mail will be delivered on time this year despite an abysmal performance in 2020.

“Last year, for a variety of reasons, we were overwhelmed and were not able to meet the demands of the nation,” Postmaster General Louis DeJoy acknowledged Wednesday during a meeting of the Postal Service Board of Governors.

This year, “We are ready — so send us your packages and your mail, and we will deliver timely,” he added.

Ron Bloom, chair of the Board of Governors, added that additional staffing and sorting machines will allow the Postal Service “to process an additional 4.5 million packages every day.”

“I am confident we will perform dramatically better during this holiday season than we did last year,” Bloom said.

The optimistic tone struck by DeJoy and Bloom marks a notable shift in the mail agency’s messaging amid a tumultuous period in its history. DeJoy, a Trump-era appointee with close ties to the former president, has come under intense scrutiny since taking the helm in June of 2020 and continues to face calls for his resignation.

Drops in mail delivery standards and a poorly executed overhaul of the agency’s operations in the months leading up to the 2020 presidential election mired the Postal Service in criticism and litigation as the holiday season approached last year.

DeJoy has since apologized to Americans and said the agency “fell far short” of its obligations. But that apology did little to quell his detractors, who have advocated for President Joe Biden to appoint a new governing board with the power to oust DeJoy.

On Wednesday, DeJoy touted the success of his efforts so far but recognized that challenges remain.

“There exists a great deal of excitement about the activities we are engaging in,” DeJoy said. “And while our strategy is to invest to create a vibrant postal service for the American people years into the future, we have years of inflicted damage to fix that will necessitate us taking some continued uncomfortable actions.”

The agency this week announced losses of $6.9 billion in the fiscal year 2021 compared to losses of $7.6 billion the year before.

“There is still much to be done,” Bloom said. “But we are on the right path.”