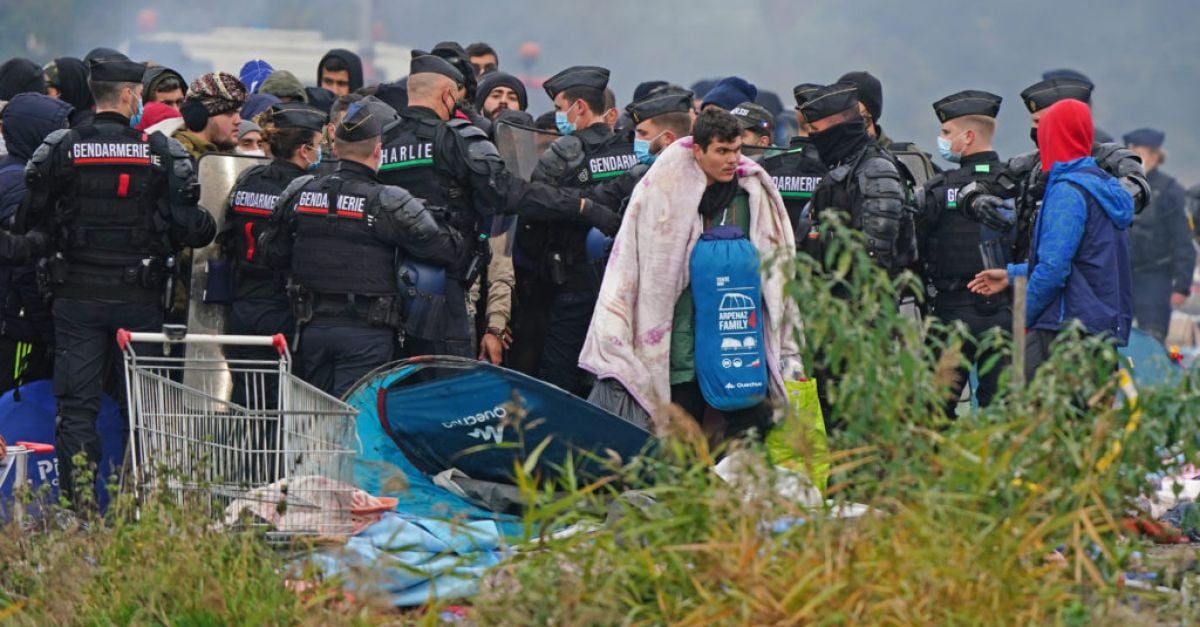 Huge numbers of French police are evicting people from a makeshift camp near Dunkirk where up to 1,500 had been living.

Hundreds of people, including families with young children, were forced to pack up their belongings as officers with riot shields encircled the area early on Tuesday morning.

The latest eviction comes as those living rough on the northern French coast – many with the hope of making the perilous crossing to the UK – face uncertain times as temperatures drop.

Meanwhile, a UK government minister insisted Britain has a “good working relationship” with France despite the renewed row over Channel crossings.

In Grande-Synthe, east of Dunkirk, up to 1,500 people had been living in a makeshift camp on the site of a crumbling industrial complex for the past six months.

But early on Tuesday French police officers arrived in huge numbers and moved to dismantle the camp.

Those living in Grande-Synthe are thought to be primarily Iraqi Kurds who arrived through trafficking networks, many intending to risk their lives crossing the Dover Strait aboard small boats.

Government spokesman Gabriel Attal told the Associated Press: “When we are dismantling a migrant camp, that’s above all to put people into shelters, especially as winter comes.”

Evictions of migrant camps in Calais and Dunkirk have taken place regularly since the destruction of The Jungle, amid fierce criticism from charities.

Smoke could be seen rising from within the Grande-Synthe encampment and a small fire burned on the side of the field.

The adjacent street was lined with Police Nationale vans and huge numbers of officers stood along the perimeter as the eviction continued throughout the morning, while more were seen inside the camp.

Dozens of people wrapped up in jackets against the cold and drizzly November morning were lined up behind steel barricades as they waited to board busses.

Many gave a thumbs up as they waited to be moved on, carrying what remnants of their home they could pack into rucksacks or left scattered on the ground.

One woman waiting to get on a coach could be seen holding a life jacket, perhaps in preparation for a life-threatening attempt to cross the Channel.