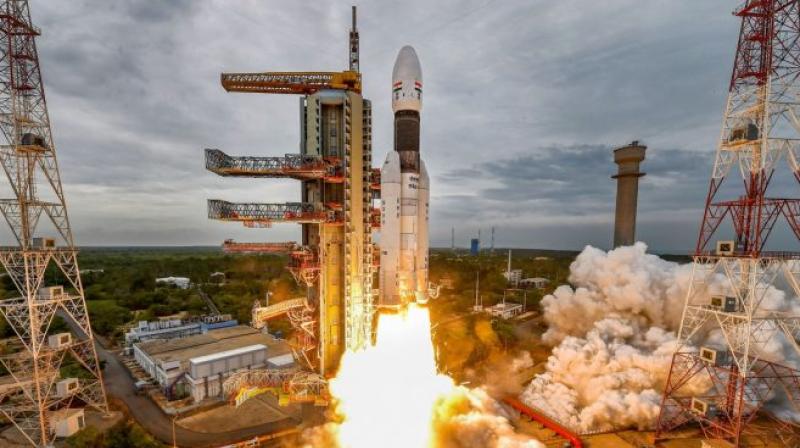 A very close conjunction between Chandrayaan-2 Orbiter (CH2O) and LRO of NASA was expected to occur on October 20 this year at 05:45 UTC (11:15 am IST) near the Lunar North pole, the Bengaluru-headquartered space agency said in a statement.

Over a span of one week prior to the conjunction, analyses by both ISRO and JPL/NASA consistently showed that the radial separation between the two spacecraft would be less than 100 metres and the closest approach distance would be only about three km at the time of closest approach.

Both the agencies deemed that the situation warranted a collision avoidance manoeuvre (CAM) to mitigate the close approach risk, and it was mutually agreed that CH2O would undergo the CAM.

The manoeuvre was scheduled on October 18. It was designed to ensure a sufficiently large radial separation at the next closest conjunction between the two spacecraft.

After orbit determination of CH2O with post-manoeuvre tracking data, it was reconfirmed that there would be no further close conjunctions with LRO in the near future with the achieved orbit, ISRO said.

It may be noted that like CH2O, LRO orbits the Moon in a nearly polar orbit and hence, both the spacecraft come close to each other over the Lunar poles.

It is common for satellites in Earth Orbit to undergo CAM to mitigate collision risk due to space objects including space debris and operational spacecraft.

ISRO said it regularly monitors such critical close approaches and execute CAMs for its operational satellites whenever the collision risk is assessed to be critical.

"However, this is the first time such a critically close conjunction was experienced for a space exploration mission of ISRO which necessitated an evasive manoeuvre", the statement said.

The event highlights the importance of continual assessment of close approach situations for Lunar and Martian missions, and the fact that effective mitigation of close approach risk involves close coordination and synergy among different space agencies, it was stated.