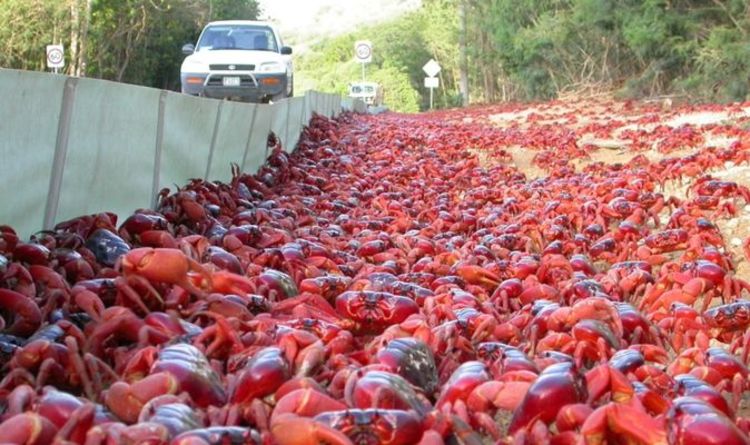 A spokesperson for Parks Australia, who cares for the wildlife and greenery in the country, said: “With red crab migration in full swing on Christmas Island, the crabs are turning up everywhere, including at the door of an office block.

“Our staff have been out managing traffic, raking crabs off roads, and providing updates to the community on road closures.”

It is estimated that around 50 million crabs migrate from the forest to the ocean in October and November.

Upon arriving at the ocean, this will give the crabs a space to mate following their migration. 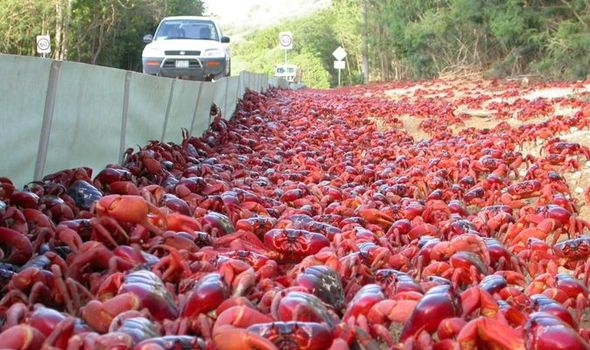 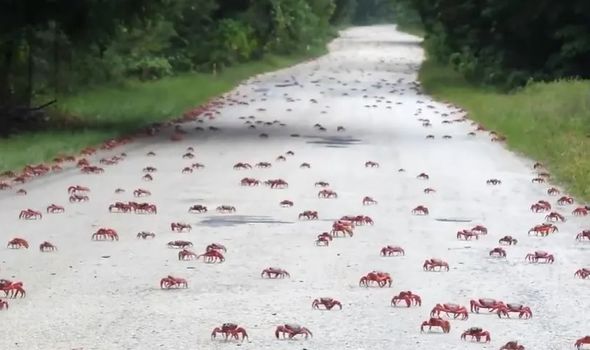 National Park acting manager Bianca Priest has become somewhat of an attraction for visitors and residents alike on the island.

Ms Priest said: “World-renowned naturalist Sir David Attenborough described the red crab migration as ‘like a great scarlet curtain moving down the cliffs and rocks towards the sea’ and considered filming the spectacle as one of his 10 greatest TV moments.

“Over the years visitors have travelled from every corner of the world to witness this wildlife phenomenon.”

But it is not an unexpected feature of the island. 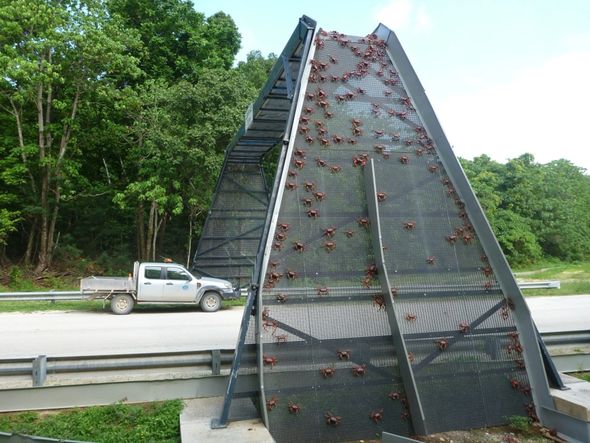 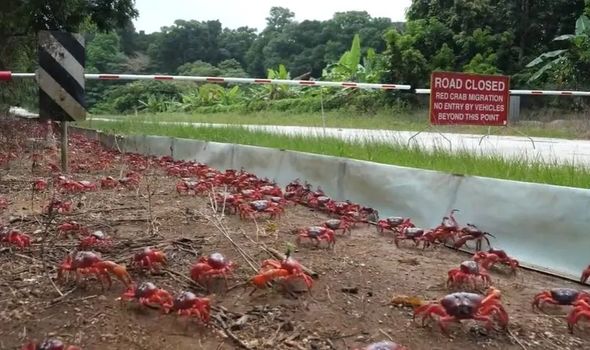 As mentioned, as it happens each year, authorities are able to prepare for such a spectacle.

All of the crabs who are making the mammoth journey of 5,550 miles are expected to reach the coast of the island come the end of November.

The male crabs are the first to make the journey to the coastline.

But not long after, the female crabs follow as they prepare for mating season. 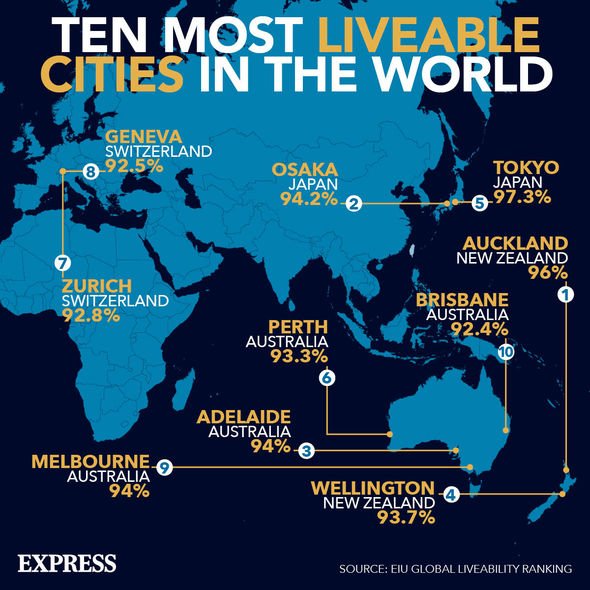 Some workers on the island needed to lift the crabs off some roads to ensure that people are able to continue to travel throughout.

As impressive as it is, this migration comes with a much darker side.

Babies who had migrated to the ocean in their first trip are often feasted on by adults during this time. 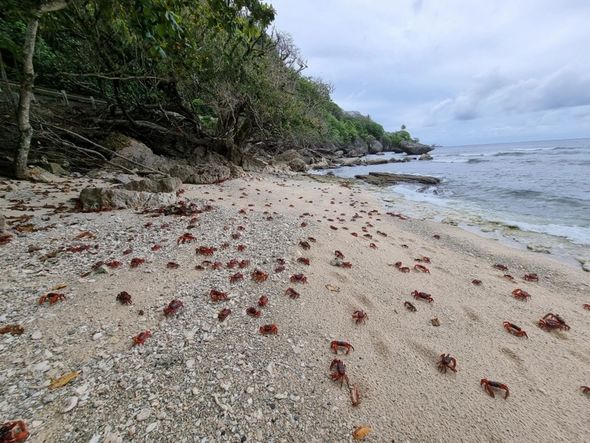 However, as well as their young, the crabs also feast on leaves, fruits, flowers and seeds.

The millions of crabs are captured crawling beside busy roads and homes in pursuit of the ocean.

One photo also captures the stunning moment where the crabs – in an orderly fashion – climb a bridge to cross over a busy road.