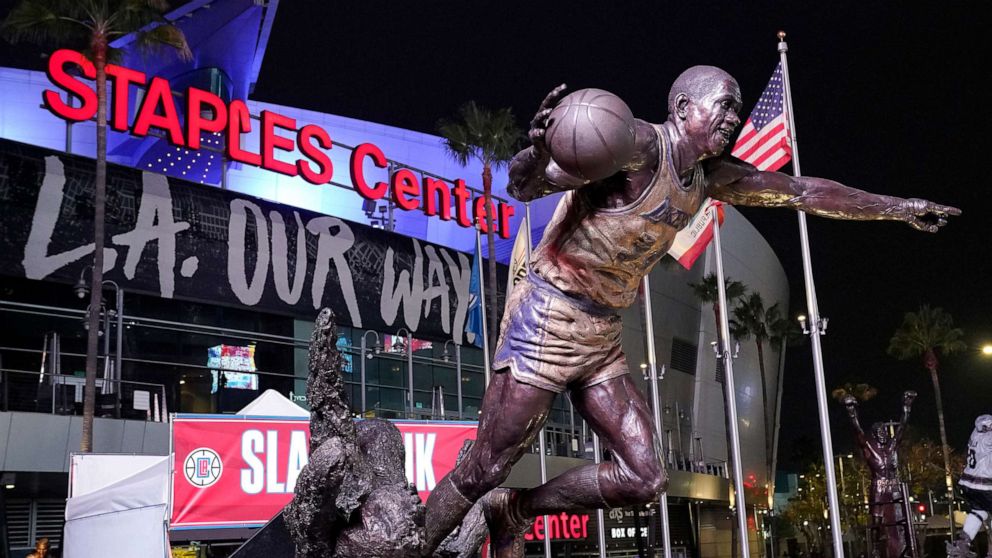 The iconic Staples Center in Los Angeles will change its name to the Crypto.com Arena this Christmas, marking the end of an era for the stadium and becoming perhaps the latest signpost of cryptocurrency’s push toward the mainstream.

The name change is “recognizing these technologies will be at the forefront of powering the future of culture, creativity and entertainment in Los Angeles,” stadium operators said in a statement Wednesday, as cryptocurrency trading has surged among individual investors throughout the pandemic.

The 20,000-seat venue has been called the Staples Center, after the office supply chain, since opening its doors in 1999.

The venue has gained national prominence after hosting major events such as the 2000 Democratic National Convention, 19 of the last 21 Grammy Awards shows and concerts from global superstars including Beyonce and Taylor Swift. It is also home to the NBA’s Los Angeles Lakers and Clippers, as well as the NHL’s Los Angeles Kings and the WNBA’s Los Angeles Sparks.

Details on how much Crypto.com, a Singapore-based crypto trading platform and non-fungible token marketplace, paid for its new namesake stadium in Los Angeles were not released. The deal was brokered by sports and live entertainment giant AEG Global Partnerships, which owns and operates the arena.

Starting on Christmas Day, when the Lakers host the Brooklyn Nets, the stadium will unveil its new logo and internal signage. All external signage will be replaced by June.

“Known as the Creative Capital of the World, the city of Los Angeles and the people who call it home have always been pioneers, pushing the boundaries and innovating as the undeniable global leaders of culture and entertainment,” Crypto.com co-founder and CEO Kris Marszalek, said in a statement Wednesday. “We’re very excited about partnering with AEG and investing long term in this city, starting with Crypto.com Arena in the heart of downtown, and using our platform in new and creative ways so that cryptocurrency can power the future of world class sports, entertainment and technology for fans in LA and around the world.”

Crypto.com also recently added actor Matt Damon as a spokesperson as it seeks to ramp up brand recognition in the U.S.

“This partnership represents the fastest-growing cryptocurrency platform and the biggest sports and live entertainment company in the world converging to drive the future of sports and live entertainment,” said Todd Goldstein, the chief revenue officer at AEG. Goldstein added that it marks “an exciting new chapter in the history of our company and our respective industries.”

The name change echoes trends seen elsewhere in the U.S., as earlier this year Venmo and PayPal announced they would start letting users buy and sell crypto on their apps.