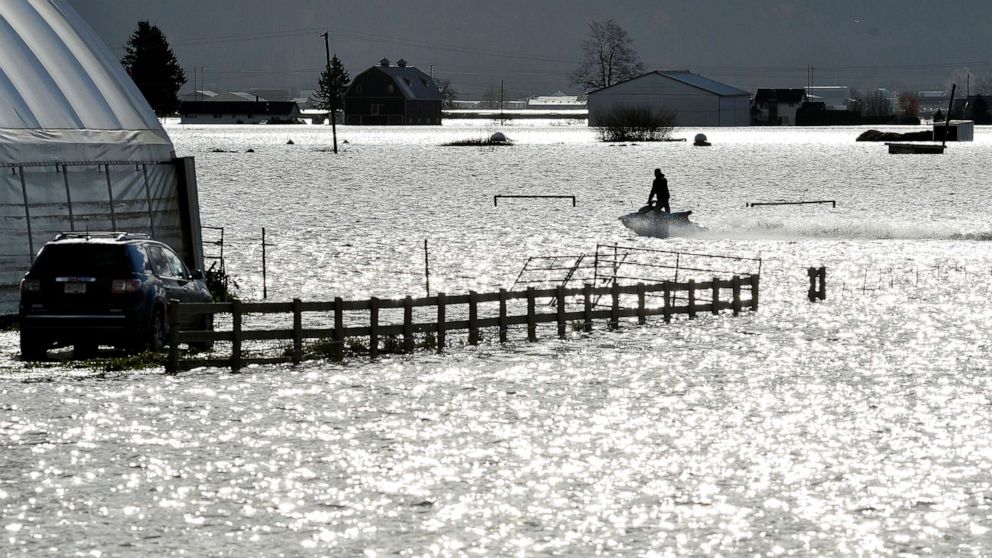 The premier of British Columbia declared a state of emergency on Wednesday due to catastrophic flooding in the province, and said they expect more fatalities in the coming days.

“The last few days have been incredibly difficult for British Columbians as we’ve experienced yet another natural disaster,” John Horgan said at a press conference. “Heavy rains, strong winds, flooding have devastated entire communities of our province. Thousands of people have been forced from their homes, under evacuation orders, and many others were left stranded between road closures and mudslides.”

The entire city of Merritt, northeast of Vancouver, has been forced to evacuate due to the flooding, and could remain evacuated for a week or more, according to officials.

Bill Blair, a member of Parliament, tweeted, “In response to extreme flooding across Southern BC, we have approved the deployment of @CanadianForces air support personnel to assist with evacuation efforts, support supply chain routes, and protect residents against floods and landslides.”

At least one person has died in British Columbia from mudslides sparked by the heavy rain, The Associated Press reported.

A fire has also erupted in Abbotsford in British Columbia. Police said the blaze is blowing large plumes of smoke and they urged residents to stay inside “due to the potential of the smoke being toxic.”