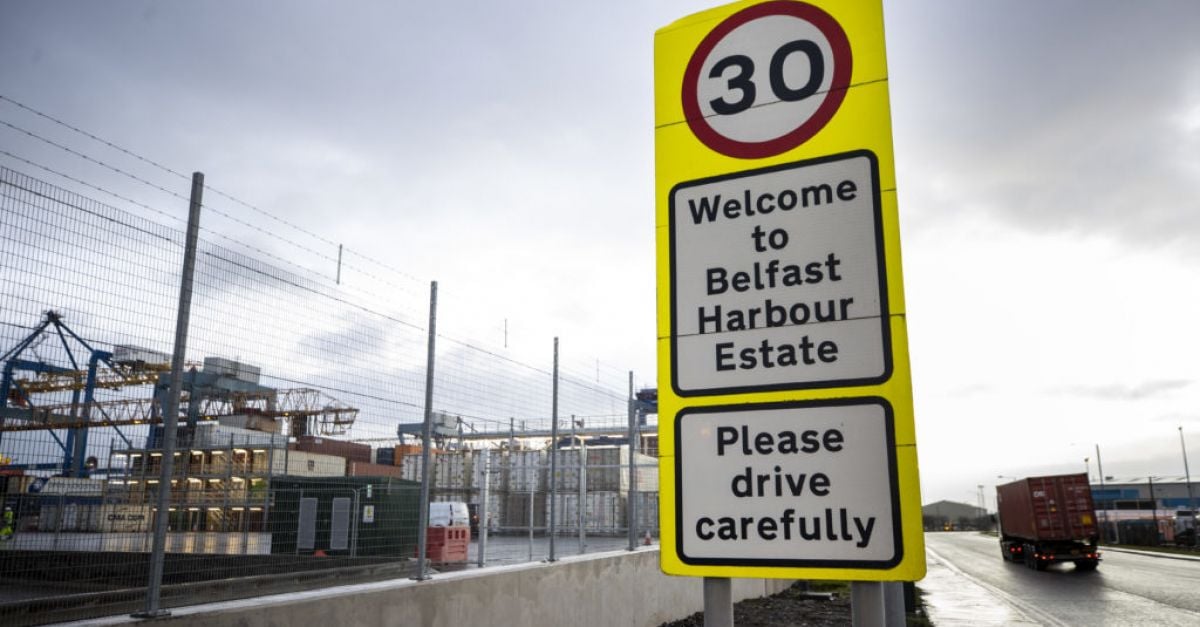 Exports from the North to the Republic jumped by 60 per cent in the first nine months of the year, new figures show.

Data published by the Central Statistics Office (CSO) on Wednesday reveals that imports from Northern Ireland reached €2.8 billion in the first nine months of 2021.

Exports to Northern Ireland from the Republic rose by 48 per cent to reach €2.6 billion over the same period.

The figures come amid ongoing negotiations between the UK government and the European Union over the future of the Northern Ireland Protocol.

Unionists argue that the post-Brexit trade arrangements damage the relationship between Northern Ireland and Britain by placing a border in the Irish Sea.

Those trade arrangements have created economic barriers on the movement of goods between Britain and Ireland, with the aim being to avoid the creation of a hard border on the island of Ireland.

It has achieved that by effectively keeping the North within the EU’s single market for goods, an arrangement which has led to the checks on products crossing the Irish Sea from Britain.

Earlier, the UK’s chief Brexit negotiator David Frost expressed concern about the impact the protocol has had on trade between Britain and Northern Ireland.

“I think there is no doubt that the trade diversion that has occurred and the way the protocol is working has worried people about the strength of the connections and that’s playing into the sense of economic and social concern that we pick up, and it’s our wish to resolve that as consensually and reasonably as we possibly can,” he told BBC Radio Ulster on Tuesday.

The CSO also published revised figures that show trade between the Republic and Northern Ireland between 2016 and 2020 was higher than previously believed.

The figures indicated that exports from Northern Ireland to the Republic were worth around €2.4 billion in 2019 and 2020.

According to the CSO: “Where a large increase in trade with Northern Ireland was recorded since the start of 2021 the data have been queried with traders.

“In many cases, the increases are explained by changes to supply chains.

“In some cases, traders reported that they had previously incorrectly reported their trading partner as Great Britain, when in fact it should have been Northern Ireland.”