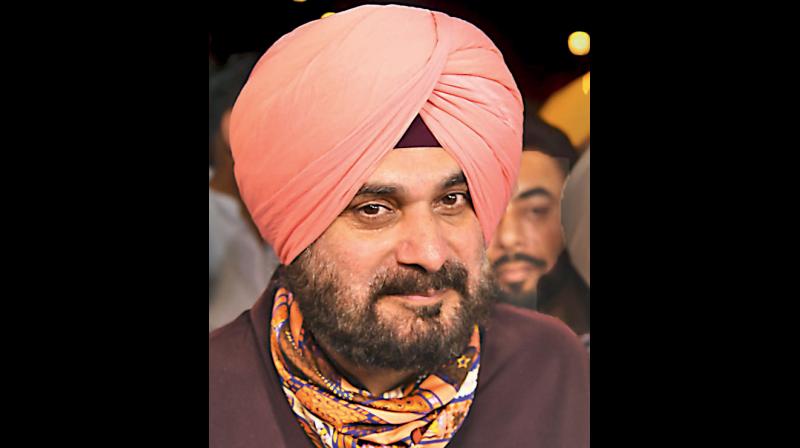 Chandigarh: Punjab Assembly on Thursday witnessed some ugly scenes after a scuffle broke out between the MLAs of the ruling Congress and of the Opposition Akali Dal. Reports said that chief Minister Charanjit Singh Channi made personal remarks on Akali Dal MLA Bikram Singh Majithia, after which Akali MLAs rushed to the Well of the House and stood in front of the chief minister and started making noise.

Later, comments by Channi were expunged by the Speaker.

Attacking former CM Parkash Singh Badal, who was not present in the House, Mr Channi said, “He destroyed Punjab. Sukhbir Singh Badal appreciated the Union government when it abrogated Article 370 ending the special status of Jammu and Kashmir. He did not vote against the move in the Parliament. I got this information through RTI. BJP thought they could do whatever they want with Punjab because the Akali Dal was with them and Sikhs are with them (Akalis). You were with them to let BJP and RSS capture Punjab. SAD is a gaddar (traitor) party of Punjab”.

“These people (SAD) destroyed youth of Punjab with drugs,” he added.

Reports said that in the ruckus, Navjot Singh Sidhu stood up for the CM and charged up to the MLAs, asking them to back off.

A special Assembly session was called on Thursday to protest against the expansion of the Border Security Force (BSF) in Punjab.

During his address, the CM spoke on a resolution against the Centre's three contentious farm laws, against which farmers have been protesting at Delhi borders for around a year now and targeted the Akali Dal. His personal comment on Mr Majithia irked SAD MLAs.

Meanwhile, the Punjab Assembly on Thursday adopted a resolution against the Centre's notification that extended the jurisdiction of the Border Security Force, calling it an "insult" to the state police and seeking its withdrawal.The House unanimously passed the resolution "rejecting" the Centre's order in the absence of the only two BJP MLAs.

The Union government had last month amended the BSF Act to authorise the border guarding force to undertake search, seizure and arrest within a 50 km stretch, up from the existing 15 km, from the international border in Punjab, West Bengal and Assam.

"Punjab police is a unique patriotic force which has contributed immensely in maintaining the unity and integrity of the country. As per the Constitution of India, maintaining law and order is the responsibility of the state government and for this purpose, the Government of Punjab is fully competent.

"The decision of extending the jurisdiction of the Border Security Force (BSF) from 15 km to 50 km by the Union Government is an expression of distrust towards the state Police and people of Punjab. This is their insult too," the resolution stated.

Former chief minister Amarinder Singh opposed the resolution, saying that with neighbouring Pakistan using sophisticated technology and improvised drones with a range of as much as 30 km, it is important that the BSF gets more operational jurisdiction.

"The BSF like the Punjab Police is our own force and not any external or foreign force coming to occupy our land," he said in a statement here. — Agencies