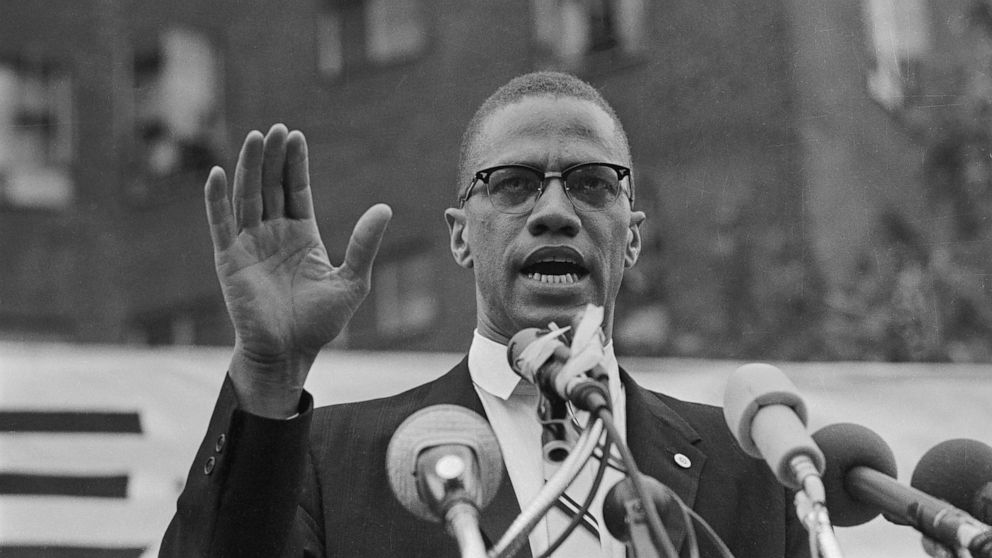 Nearly 57 years after the assassination of Malcolm X in the New York City neighborhood of Washington Heights, Manhattan District Attorney Cy Vance is moving to vacate the convictions of two of the men convicted as accomplices, his office said Wednesday.

Muhammad Aziz, now 83 and previously known as Norman Butler, spent 22 years in prison before he was paroled in 1985. A co-defendant who also maintained his innocence, Khalil Islam, died in 2009. Confessed assassin Thomas Hagan had long said neither man participated in killing Malcolm X at the Audubon Ballroom on Feb. 21, 1965.

“The events that led to my conviction and wrongful imprisonment should never have happened. Those events were the result of a process that was corrupt to its core — one that is all too familiar — even in 2021,” Aziz said in a statement Wednesday. “While I do not need a court, prosecutors, or a piece of paper to tell me I am innocent, I am glad that my family, my friends, and the attorneys who have worked and supported me all these years are finally seeing the truth we have all known, officially recognized.”

“The assassination of Malcolm X was a historic event that demanded a scrupulous investigation and prosecution but, instead, produced one of the most blatant miscarriages of justice that I have ever seen,” Barry Scheck with the Innocence Project said in a statement Wednesday.

Vance, Shanies Law and Innocence Project will file a joint motion on Thursday to vacate the 1966 convictions.

“The joint motion is the culmination of a collaborative reinvestigation of the case which began in January 2020 and unearthed new evidence of Mr. Aziz and Mr. Islam’s innocence, including FBI documents that had been available at the time of trial but were withheld from both the defense and prosecution,” the lawyers for Aziz and Islam said in a statement Wednesday.

A spokesman said the FBI cooperated with the district attorney’s review. The NYPD also said it cooperated fully with the Manhattan District Attorney’s office’s recent review of the investigation and prosecution.

This past February new questions were raised about the NYPD’s handling of the investigation after a letter surfaced that had been written by a former New York City Police Department officer on his death bed.

On Jan. 25, 2011, Ray Wood, who was serving as an undercover police officer on the day of Malcolm X’s death, wrote a letter in which he admitted he “participated in actions that in hindsight were deplorable and detrimental to the advancement of my own black people.”

When Wood was hired by the NYPD in 1964, his job was to “infiltrate civil rights organizations” to find evidence of criminal activity so the FBI could discredit the subjects and arrest its leaders, Wood wrote in the letter obtained by ABC News.

Wood’s handler devised the arrest of two of Malcolm X’s “key” security detail members in a plot to bomb the Statue of Liberty days before his 1965 assassination, Wood wrote.

“It was my assignment to draw the two men into a felonious federal crime, so that they could be arrested by the FBI and kept away from managing Malcolm X’s door security on February 21, 1965,” Wood wrote. “… At that time I was not aware that Malcolm X was the target.”

Wood wrote that, as he faced failing health, he was concerned that the family of Thomas Johnson, one of the men convicted of killing Malcolm X, would not be able to exonerate him after Wood died. Johnson was arrested at the Audubon Ballroom the night Malcolm X was killed to protect Wood’s cover and “the secrets of the FBI and NYPD,” Wood wrote.

Wood placed his full confession into the care of his cousin, Reginald Wood Jr., and requested that the information be held until after his death.

“Muhammad’s and Khalil’s convictions were the product of gross official misconduct and a criminal justice system weighed against people of color,” Their exoneration was decades in the making and is proof that we need—and are able—to do better.” Deborah Francois, Shanies Law, said in a statement Wednesday.