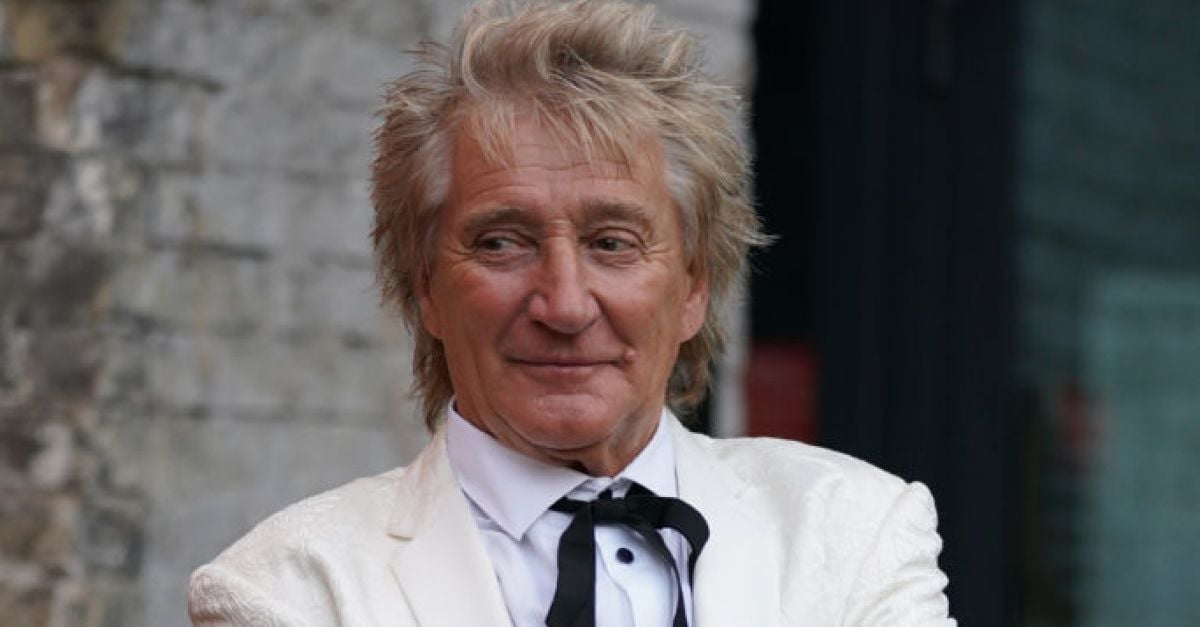 Sir Rod Stewart has just finished a string of dates at Caesars Palace in Las Vegas, playing to 4,000 adoring fans each night.

“It was just wonderful,” he recalls. “When we completed the first show, all the girls in the band cried their eyes out. All their make-up was running. It was just so emotional to get out there and do it again.”

But those concerts were a far cry from his lockdown, much of which was spent hunkered down at his Essex estate living a pleasant life of domesticity.

UK Tour tickets have just gone on sale, I really can't wait to be back on the road with my band and crew ⚡
Make sure you grab yours (quickly!) through the link!

The Tears of Hercules features a raft of original material written with Kevin Savigar, the keyboardist who has co-produced his last three studio albums.

The first of those, 2013’s Time, was his first full album of original material in two decades, and drew inspiration from his rich history in the Faces and as a dandyish Seventies rock and roll icon.

“It is very gratifying, because I thought the old songwriting lark had left me,” he explains in typically jovial fashion. “But in hindsight I think I just got a bit lazy. I am enjoying it ever such a lot.”

When he picks up the phone from his family home, Sir Rod’s two young children with wife Penny Lancaster are at school, while his six older offspring are “scattered around the world”.

Last chance to pre-order The Tears of Hercules out This Friday 🔊 https://t.co/mk9O88iHLb pic.twitter.com/HoaeFJNAvy

Elsewhere on the album, he pays tribute to his father on Touchline, who he says taught him and his brothers to love football.

Sir Rod was born in north London but has Scottish heritage and supports Celtic.

He also pays tribute to Marc Bolan on Born to Boogie. “You couldn’t have had a lovelier fellow,” he recalls of the flamboyant T Rex frontman, who died in 1977, aged 29, in a car crash in London.

“In the Faces, we played with him at the Weeley Festival and we were second on the bill to him.

“We literally wiped the floor with him and he had the decency to come into the dressing room and congratulate the Faces – because we were a boisterous load of louts – and say, ‘Guys, I can’t follow you on’.

“That struck me. What sort of a man does that. It takes a lot of guts to say, ‘I can’t follow you on’. And we became friends. Not close friends. Drinking buddies. We shopped at the same shops and hung around together.

“I wish had been around to have told him how much I loved him and appreciated his music.”

UNICEF Concert, 1979! Always was an absolute riot on stage… 🤪

Who's got their tickets to come see me next year!? Let's do it all together again 🕺 pic.twitter.com/4srifs00We

Longstanding fans will be thankful Sir Rod has not disowned his sexier side.

The Tears of Hercules has a few raunchier cuts, such as One More Time and Kookooaramabama, both of which put his libido centre stage.

“I thought I had outgrown all that stuff,” he laughs. “I can’t resist.”

Has he tried to retire the saucier side of his songwriting? “I tried, old boy. I tried. But it keeps rearing its wonderful head!”

You can trace the disco stomp of some of these songs back to his 1978 release Blondes Have More Fun, which contained the evergreen hit Da Ya Think I’m Sexy?

Every Picture Tells A Story, released on this day in 1971!

That was only yesterday, right? pic.twitter.com/nPJ1bZm2Kx

“But the audience love that song. For a while, it became tedious. When it was a hit, it was great to sing. And then since 1979 into the Eighties, I was getting fed up with it.

“Now, I absolutely love it. It’s so joyous. I play it and a lot of people who weren’t even born when it was a big hit just love the song. It’s never off the radio.”

Next year will see Sir Rod embark on a lengthy world tour, taking in Australia and America. But, unsurprisingly, he has the travel nailed.

“I look forward to it,” he offers. “It’s not like touring in the old days when we were all in the back of an old van and exhaust fumes were coming up. I go everywhere by private jet and, if I’m playing the East Coast, I will satellite out of New York – fly up to Boston, fly to Cleveland or Detroit and come home after each show. It’s so much easier nowadays.”

Sadly, it seems The Tears of Hercules marks the end of Sir Rod’s songwriting stint.

“I don’t think I will be making any more self-penned albums,” he reveals. “I have so much stuff I want to do.

“I’m in the middle of making a swing album and the record company have asked me to do a country album with duets, so I have to get those two out the way first. But I have said a lot in the last 10 years…

“I can’t see me doing another album of original songs – what with all the touring I have got next year.”

The Tears of Hercules by Sir Rod Stewart is out now