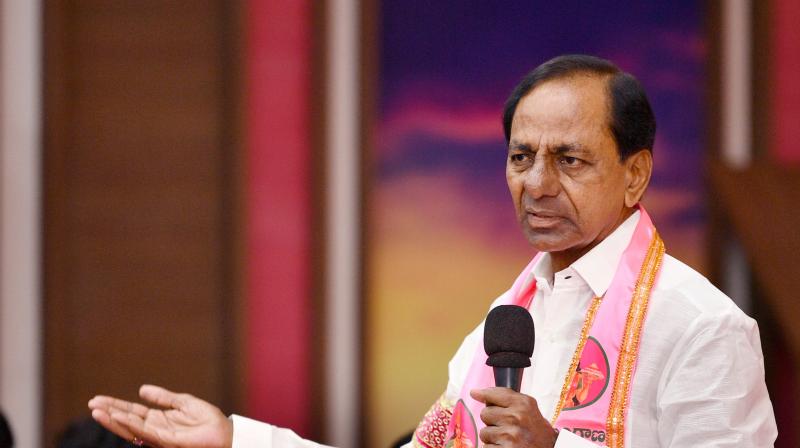 HYDERABAD: Chief Minister K. Chandrashekar Rao will take part in the Telangana Rashtra Samiti’s (TRS) Maha Dharna at Dharna Chowk near Indira Park on Thursday demanding that the Centre procure paddy from the state in rabi. The dharna will be held from 11 am to 2 pm.

Finance minister T. Harish Rao, who inspected the arrangements being made for Maha Dharna on Wednesday along with minister Talasani Srinivas Yadav, confirmed the Chief Minister’s participation in the protest.

Speaking to media personnel at Indira Park, Harish said the Maha Dharna of TRS would be led by party president and Chief Minister K. Chandrashekar Rao, and would be attended by all the Cabinet ministers, TRS MLAs, MLCs, MPs and other elected representatives.

This will be Chandrashekar Rao’s first dharna at Indira Park after more than 10 years. This will also be the first dharna to be participated by Rao in his capacity as the Chief Minister.

It was in October 2011 that Rao participated in a dharna at Indira Park at the height of Telangana statehood agitation.

Telangana employees associations organised a massive dharna at Indira Park then as part of "Sakala Janula Samme" demanding statehood for Telangana in which Rao participated and addressed the meeting.

This is the second major agitation programme called by Rao on the issue of paddy procurement in less than a week. He called for dharnas in all Assembly constituencies across the state on Friday last in which all the ministers, TRS MLAs, MLCs and MPs participated. However, the Chief Minister did not take part in the dharna.

"The TRS will always fight to protect the interests of Telangana irrespective of whether the party is in power or not. The BJP-government at the Centre unilaterally took away seven mandals from Khammam district in Telangana within a week of formation of state in 2014 and merged them with Andhra Pradesh along with Sileru power plant. Due to this, Telangana is losing Rs 1,000 crore per year. We had called for Telangana Bandh then despite being a ruling party. Now the same BJP government at the Centre is playing with the lives of Telangana farmers by refusing to procure paddy from our state during rabi," Harish Rao stated.

Harish alleged that the Centre was discriminating against Telangana in paddy procurement. "The Centre is ready to purchase the entire paddy from Punjab. But it denies the same to Telangana. Does this not amount to discrimination? The Centre's policy should be uniform for all states. It cannot have one policy for Punjab and another policy for other states," he said.