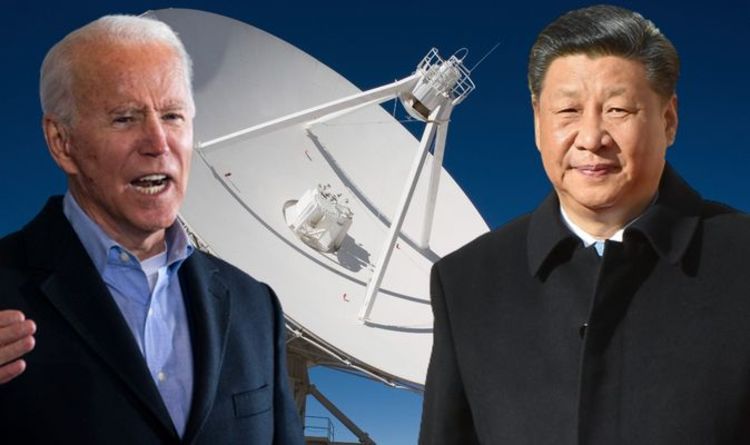 With China’s President Xi Jinping recently warning US President Joe Biden “not to play with fire” over the breakaway island, the risk of conflict has become a threat. Ms Yu said that should China invade Taiwan, they would need to prevent the US from reacting in real-time.

The expert said in a podcast to David Runciman that blocking communication signals in US bases would create havoc for US forces: “There are more military things they can do.

“For example, China’s People’s Liberation Army has been looking into how to jam communications off the American bases in the area.

“If and when an attack happens, the American’s can’t respond from the local bases fast enough.”

The claim came after the discussion suggested what kind of deterrents the US and the West could place on China should a conflict erupt over Taiwan. 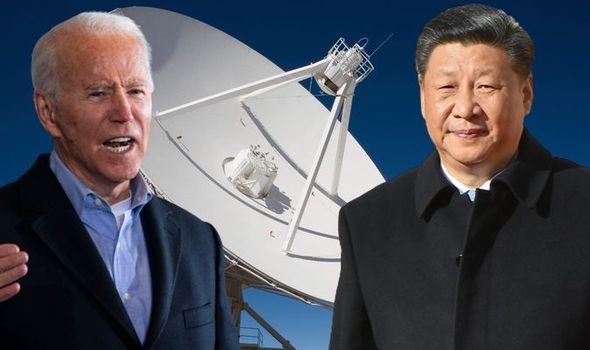 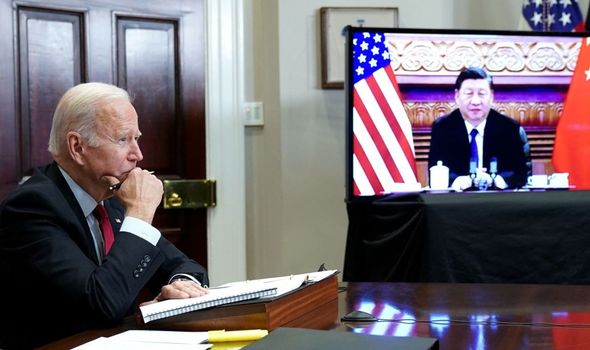 Some have made suggestions that economic sanctions on China would be the most painful to Beijing.

However, Ms Yu argued that this would be highly complicated in achieving.

She said: “Clearly businesses have different priorities, and I don’t really know how far a free country can go in telling its businesses who it can trade with, especially in the existential role China plays in a lot of small and medium-sized businesses.”

The podcaster also said the best solution remaining over Taiwan could be “remaining in the status quo”, meaning a pseudo-Cold war scenario in which neither state actors make a move. 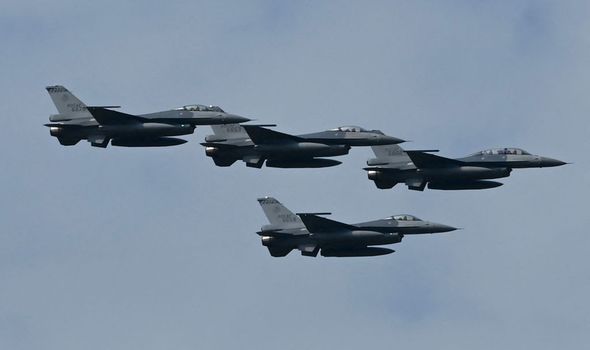 However, with the threat of a sophisticated method of blocking communications on the table, Ms Yu suggested measures could be taken in countering such measures.

The question now lies in whether China will actually make a move on Taiwan.

President Xi has vowed to implement the One China policy over Taiwan, and has stated that “force will be used if necessary.”

Critics of the Chinese President have suggested the rhetoric over Taiwan is heating up as he faces internal pressure within the country.

Mr Xi has recently been alleged to now be using Taiwan as a power grip on his place as leader of the Chinese Communist Party. 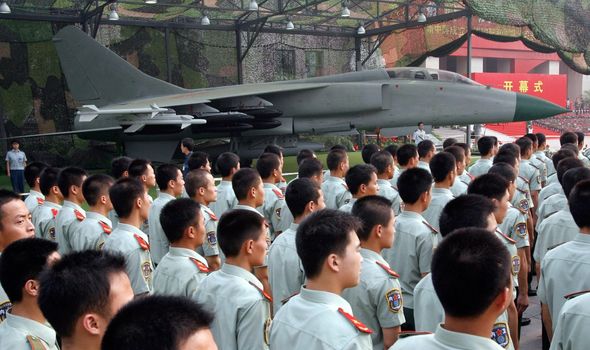 Ms Yu suggests that from China’s perspective, reclaiming Taiwan may have differing impacts over time,

She said: “There is a lot feeling that there is a sort of grand narrative of the second century of the Chinese communist party, being this moment for national rejuvenation.”

Ms Yu added: “Even academics who are normally quite liberal-minded are saying things like China has to duck.”

She concluded that in the medium run, China’s invasion of Taiwan might not be so beneficial.

Ms Yu said: “So if China bites off more than it can chew, then without the kind of military and economic strength that justifies that kind of action, I don’t think it will be good for China, something could break eventually.” 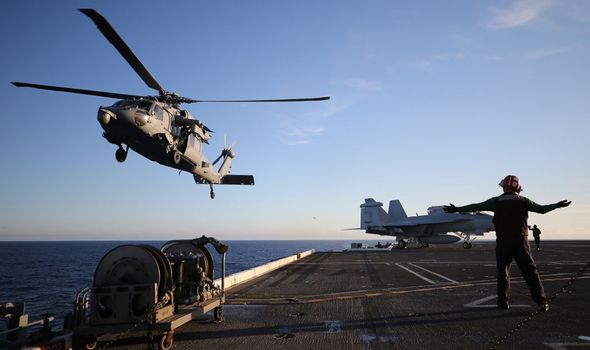 Having received the warning by President Xi over Taiwan not to get involved, following the meeting between the two leaders, Mr Biden doubled down on his stance over the island.

Mr Biden on Tuesday insisted his administration supported the right of Taiwan to make its own decisions.

He said: “We made very clear we support the Taiwan Act and that’s it.”

However, the U.S. position is more complicated.

It does not recognize the island’s independence and instead, diplomats pursue a policy of ‘strategic ambiguity,’ supporting Taiwan’s ability to defend itself without explicitly promising to come to its aid in the event of a Chinese attack.

As both the US and China ramp up military capability in the area, the notion of blocking signals adds yet another layer of tension to an al Biden raises eyebrows after Xi Jinping calls US leader ‘my old friend’