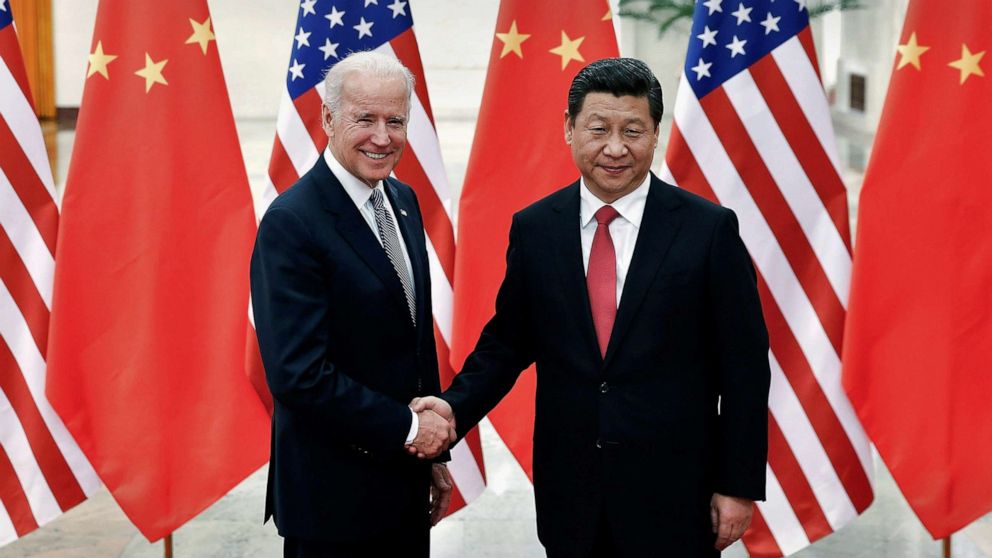 The meeting will mark the third time the two leaders will have spoken since Biden took office. They held a 90-minute phone call in September after first speaking in February.

The meeting comes amid continued tensions between Washington and Beijing over trade issues, climate change and human rights. China has also recently upped its military pressure on Taiwan, to the United States’ chagrin.

White House press secretary Jen Psaki said Friday that Biden was not seeking “specific deliverables or outcomes” from the meeting but that the conversation would be more “about setting the terms, in our view, of an effective competition where we’re in a position to defend our values.”

The leaders, Psaki told reporters, “will discuss ways to responsibly manage the competition between” China and the U.S., “as well as ways to work together where our interests align.” She declined to name any specific topic expected to come up.

Biden, she said in an earlier statement, “will make clear U.S. intentions and priorities and be clear and candid about our concerns with” China.

Despite the many points of contention and strategic competition between the two world powers, China and the United States on Wednesday announced they had agreed to increase cooperation to fight climate change.

As the two largest polluters, the agreement signaled a willingness to move ahead on climate issues while putting aside, to some degree, other disputes.

Xi, who hasn’t left his country during the coronavirus pandemic, also sent a message of reconciliation to the United States this week.

China’s ambassador to the United States on Tuesday read a letter from Xi during a gala dinner in Washington.

According to the Chinese embassy in Washington, in the letter, Xi said that “China stands ready to work with the United States to enhance exchanges and cooperation across the board, jointly address regional and international issues as well as global challenges and, in the meantime, properly manage differences, so as to bring China-U.S. relations back to the right track of sound and steady development.”

At the same time, during a speech Thursday, Xi warned of letting tensions in the Asia-Pacific region morph into a Cold War mentality, according to the Associated Press.

“The Asia-Pacific region cannot and should not relapse into the confrontation and division of the Cold War era,” Xi said in the pre-recorded remarks, which aired on the sidelines of an annual summit held by the Asia-Pacific Economic Cooperation forum, according to the AP.

While Biden and Xi have yet to hold a formal meeting since Biden became president, Biden often talks of the extensive amount of time he spent with Xi when both were vice presidents.

“He feels that the history of their relationship, having spent time with him,” Psaki said Friday, “allows him to be quite candid, as he has been in the past and he will continue to be as we look ahead to next week.”