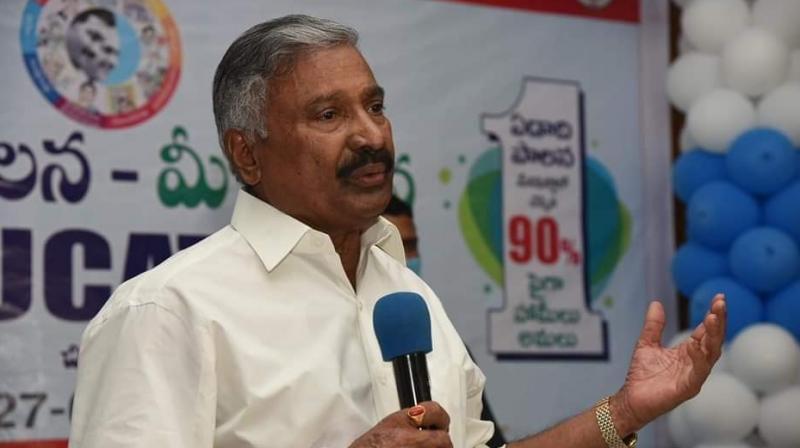 TIRUPATI: The Telugu Desam Party, facing a series of drubbings since the 2019 general elections, was once again embarrassed with the YSR Congress winning the Kuppam Municipality in the home-turf of  TDP head and former CM Chandrababu Naidu in Chittoor district.

There was a stunned silence in the TD circles in Naidu’s home constituency when the results of civic polls were out on Wednesday. The ruling party grabbed a majority of the wards in the municipality.

Kuppam was a stronghold for Naidu for long years. He won the assembly seat for seven consecutive terms since 1989. The situation, however, changed majorly during the grama panchayat elections in February last. The TDP-backed candidates lost more than 90 per cent of panchayat seats in Kuppam segment to YSRC-supported candidates.

Subsequently, the YSRC held sway over Naidu’s stronghold during the Parishad elections by winning all the four ZPTCs and a majority of the MPTC seats from this constituency.

The mood against Naidu was steadily building up in the region. In the 2019 general assembly elections, he won the seat but by a reduced margin of 30,722 votes as against the 47,121 votes in the 2014 elections. In the ZPTC elections, the ruling YSRC established a lead of over 62,000 votes in all the four mandals in the Kuppam segment.

The demoralised TD cadre is now pointing an accusing finger at top leaders for their failure to secure the wards that were once the TD strongholds. The next-generation cadre in yellow outfit appears to have come to the conclusion that the party must see new-age leadership under the shadow of Nandamuri Tharaka Rama Rao, Tollywood star and a grandson of late Chief Minister NT Rama Rao.

The ruling YSRC activists was in celebration mode after their party registered a grand victory in the maiden elections to Kuppam municipality. Chief Minister Jaganmohan Reddy congratulated minister Peddireddy for his help to win the polls in what was once the Naidu bastion.

Peddireddy said the YSRC’s victory meant a vote for good governance of the Jagan-led government. “Our CM gained people's trust by fulfilling the party’s election promises. He secured more support from the public than his father the late YSR. The people’s verdict in Kuppam has dealt a death blow to the TD and sent out a clear-cut message to Naidu that it is time for him to retire from active politics,” Peddireddy said.