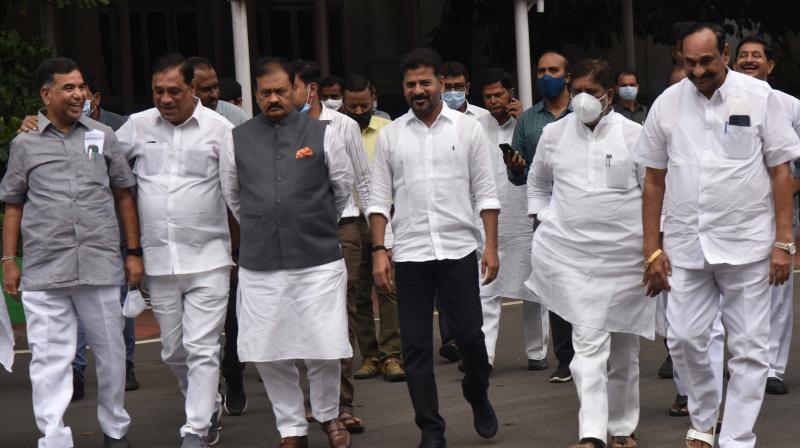 HYDERABAD: A TPCC delegation led by its president A. Revanth Reddy complained against former IAS officer and TRS MLC candidate P. Venkatarami Reddy here on Wednesday. They urged the returning officer and chief electoral officer Shashank Goel to reject the nomination papers of Venkataram Reddy as he was facing several charges.

They wanted him to be declared ineligible to contest any election till a detailed investigation was conducted by Central Vigilance Commission or any other central agency and he was cleared.

They alleged that Venkatarami Reddy not only misused his office and violated all Rules governing public servants. Six contempt cases were pending against him in the High Court, they said. Congress leaders alleged that the state government unduly favored Rajapushpa Group, which is owned by family members of P. Venkatrami Reddy. The projects were in Kokapet and Khanamet government lands.

Speaking to reporters, Revanth Reddy said that the nomination paper details of all MLC candidates should be made available online but the returning officer was ignoring it.

“We also complained against RO Upender to the chief electoral officer”, he said.

He alleged that Chief Minister K. Chandrasekhar Rao had destroyed several constitutional bodies and some election officers were favouring the ruling party.