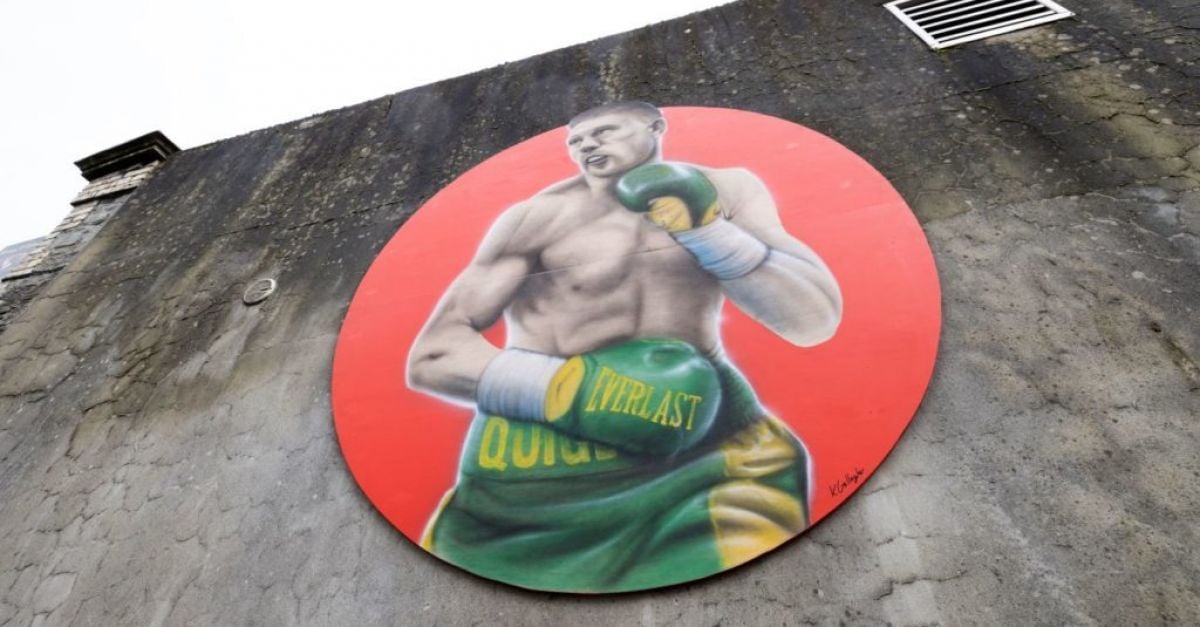 A mural of Donegal boxer Jason Quigley has been unveiled in Ballybofey ahead of his WBO world middlewight title fight in the early hours of Saturday, November 20th.

Quigley will take on Demetrius ‘Boo Boo’ Andrade at the SNHU Arena in New Hampshire, USA.

The fight will be Quigley’s first stab at a world title, attempting to join the likes of Andy Lee in taking the WBO’s middleweight top-spot.

What a buzz 🇮🇪
•
Weigh in done, ready for tomorrow night! 👊🏼#AndTheNew #AndradeQuigley
.

Local artist Kevin Gallagher is behind the striking mural, teaming up with Ladbrokes, for whom Quigley is an ambassador.

The artwork was unveiled on Back Lane, just off Lower Main Street in the centre of Ballybofey town.

Although Andrade previously saw off the challenge of Dubliner Luke Keeler, Quigley’s 19 wins to one loss as a professional has him in with a shout of taking the crown off the American.

The fight is expected to get underway at approximately 3am Irish time.