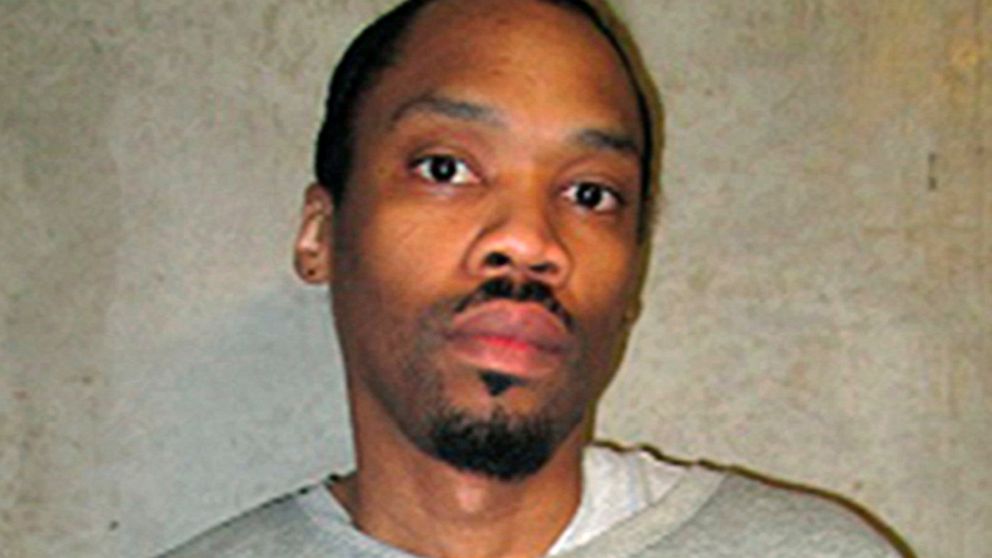 After spending the past 20 years fighting for his life on death row, Julius Jones’ sentence was commuted to life without the possibility of parole hours before he was scheduled to be executed, according to the Oklahoma governor’s office.

“After prayerful consideration and reviewing materials presented by all sides of this case, I have determined to commute Julius Jones’ sentence to life imprisonment without the possibility of parole,” Oklahoma Gov. Kevin Stitt said in a statement released Thursday.

Last week, a federal appeals court rejected Jones’ final appeal, which meant the decision to spare his life lay only with Stitt, who accepted the parole board’s recommendation to grant Jones clemency. Jones’ execution date was slated for Nov. 18.

In September, the Oklahoma Pardon and Parole Board recommended Stitt commute Jones’ sentence to life in prison with the possibility of parole. Stitt said at the time he was waiting for a clemency hearing to make a decision.

Nearly two months later, on Nov. 1, the Oklahoma Pardon and Parole Board voted to recommend clemency for Jones in a 3-1 favor.

Antoinette Jones said in September that her brother was calm when he heard the parole board’s recommendation.

“He said, ‘I’m good. I’ll be even better when I get out and I can hug y’all and we can start helping change the world,'” Antoinette Jones said.

Julius Jones was 19 years old when he was arrested for the 1999 murder of Oklahoma businessman Paul Howell, and sentenced to death in 2002. What followed were decades of public scrutiny and relentless work from his legal team.

Jones, 41, has spent most of his life behind bars. Before he was in prison, friends and teachers knew him as a champion high school basketball player who attended the University of Oklahoma on an academic scholarship.

That all changed in 1999 when Howell, 45, was shot in his family’s driveway after a car-jacking in the wealthy suburb of Edmond, Oklahoma.

Howell’s GMC Suburban went missing and his sister, Megan Tobey, was the only eyewitness.

“Megan Tobey described the shooter as a young Black man wearing a red bandana, a white shirt and a stocking cap or skullcap. She was not able to identify the shooter’s face because it was covered,” Bass told ABC News in 2018.

Two days after Howell was killed, police found his Suburban parked in a grocery store parking lot. They learned later that a man named Ladell King had been offering to sell the car.

King named Chris Jordan and Julius Jones to investigators and said the two men had asked him to help them sell the stolen Suburban.

“Ladell was interviewed by the lead detectives in this case. He told the police that on the night of the crime, a guy named Chris Jordan comes to his apartment. A few minutes later, according to Ladell King, Julius Jones drives up,” attorney Dale Baich told ABC News in 2018.

King accused Jordan of being the driver and claimed that he and Jones were looking for Suburbans to steal, but it was Jones who shot Howell.

“Both Ladell King and Christopher Jordan were directing police’s attention to the home of Julius Jones’ parents as a place that would have incriminating items of evidence,” Bass said.

Investigators found a gun wrapped in a red bandana in the crawl space of Jones’ family home. The next day, Jones was arrested for capital murder.

Jones’ attorneys say the evidence police found could have been planted by Jordan. They say Jordan had stayed at Jones’ house the night after the murder, but Jordan denied those claims during the trial.

In the years since, Jones’ defense team has argued that racial bias and missteps from his then-public defense team played a role.

Jones’ team submitted files to the parole board that they said proved his innocence, including affidavits and taped video interviews with inmates who had served time in prison with Jordan. They said they allegedly heard Jordan confess to Howell’s murder.

In a statement to ABC News in September, Jordan’s attorney, Billy Bock, said: “Chris Jordan maintains his position that his role in the death of Paul Howell was as an accomplice to Julius Jones. Mr. Jordan testified truthfully in the jury trial of Mr. Jones and denies ‘confessing’ to anyone.”

Jordan served 15 years in prison before he was released.

In 2020, Jones’ story was thrown back into the spotlight when unlikely legal ally Kim Kardashian drew public attention to his case. Kardashian, who is studying to take California’s bar exam, has been vocal on the issue of the death penalty and prison reform and has campaigned to free a number of men and women who were incarcerated.

“Kim Kardashian, I felt like may be one of my sorority sisters … she was down to earth,” Davis-Jones said.

Antoinette Jones said Kardashian put in the effort to help her brother.

“The fact that she told me that she was able to go see my brother, it was almost like she took a piece of him and brought it to us and then we could feel like he was there with us,” Jones added.